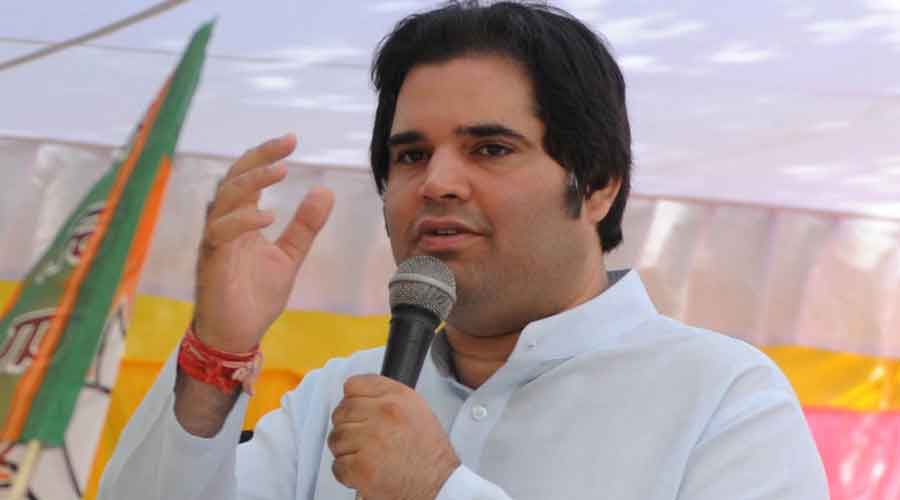 BJP MP from Uttar Pradesh Varun Gandhi on Monday said a murder case should be lodged against those involved in the death of the farmers in Lakhimpur Kheri and demanded a Supreme Court-monitored CBI probe into the incident while central BJP leaders maintained silence and the Hindutva ecosystem sought to defame the protesting farmers.

Varun, who represents the Pilibhit Lok Sabha constituency, wrote to chief minister Yogi Adityanath, stressing that the death of the agitating farmers had “caused anger and anguish among the people of the country”.

“I urge you that all the suspects involved in this case be immediately identified and strictest action be taken by instituting a murder case under Section 302 of the IPC,” the BJP MP wrote in the letter, underlining that the protesting farmers were “our own citizens”.

He urged Adityanath, known for his highhanded approach towards the protesters, to “deal with the farmers with sensitivity and only in the Gandhian and democratic way within the ambit of law”. In his letter, Varun said the CBI should investigate the incident in a time-bound manner under the supervision of the Supreme Court. Varun has been relentlessly raising the farmers’ issue and urging Adityanath to lend a sympathetic ear, annoying a section of the BJP.

This strong stand by the ruling party MP comes amid silence of the top leadership and a concerted effort by a section of the wider Hindutva family to defame the protesting farmers.

The incident comes in the middle of a massive propaganda launched by the ruling party to refurbish Modi’s image as the “most lovable global leader”. The drive had started on Modi’s birthday on September 17 and is scheduled to continue till October 7. Modi’s tenure as Gujarat chief minister is being included to hail his electorally unbeaten stint of “20 years in public service as head of state”.

BJP insiders said the top leadership had left it to Adityanath to handle the incident and given him a free hand.

There is, however, concern in a section of the party about the impact of the farmer deaths on the upcoming polls.

Led by Modi, the BJP has been terming the prolonged farmers’ protest as politically motivated, claiming that the masterminds of the agitation were political rivals who were deliberately spreading misinformation about the three farm laws.

The farmers have been demanding the repeal of the laws terming them as “anti-farmer”. BJP’s Uttar Pradesh spokesperson Harish Chandra Srivastava tweeted: “Yesterday in Lakhimpur, Khalistanis killed BJP workers and today attacked a police station in Lucknow and set it on fire with the support of the goons of the Samajwadi party.”

The Bharatiya Kisan Sangh, the RSS-affiliated farmers’ association, said: “Those involved in the incident were not farmers, they belonged to different political parties. The incident was executed in a Leftist manner.”

A purported video showing a protester beating up someone with a stick was circulated on social media by BJP members.

BJP general secretary (organisation) B.L. Santosh took to Twitter to target the Congress. “A dangerous precedent is being forced into our system by increasingly radicalised @INCIndia,” he said on Congress chief ministers wanting to visit Lakhimpur Kheri. “What if tomorrow other party CMs also decide to visit every violent incident in @INCIndia ruled states...?” he asked.

Some netizens were quick to point him out that Modi as Gujarat chief minister had visited Mumbai during the 26/11 terror attack, while the security forces were battling Pakistani terrorists, and even held a news conference.

On a section of the BJP calling the farmers extremists, Varun said it was not only “unfair but also dangerous”.

“This (Sikh farmers) is a community that has laid down lives for the country.... Those who call them traitors should be ashamed of themselves,” Varun said.