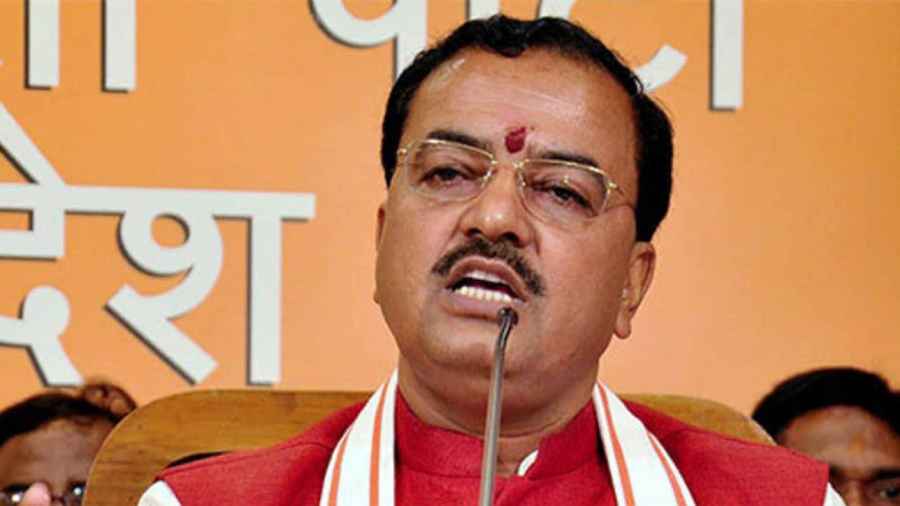 The Varanasi district court rejected the plea questioning the maintainability of a petition seeking permission for daily worship of Hindu deities whose idols are located on an outer wall of the Gyanvapi mosque located close to Kashi Vishwanath temple.

Maurya in a tweet in Hindi said, "I welcome the order of honourable court in Baba Vishwanath jee Maa Shringar Gauri temple case. Everyone should respect the decision."

UP's Minister of State for Minority Welfare, Muslim Waqf and Haj Danish Azad Ansari told reporters in Ballia that everyone should welcome the decision of the court.

Reacting to the court order, Muslim cleric and senior member of AIMPLB Khalid Rashid Farangi Mahali said, "We respect the observation and judgement of the court, and option to move the high court and the Supreme Court is open. When the final judgement came in the Babri mosque case, the Supreme Court had termed the Places of Worship Act as an important part of the judgement."

"It was also said that after this, such related cases will not be entertained. This generated a hope that the issue of temple and mosque will not come up in the country. But, the way in which it (the petition) was allowed, it raises a big question for the legal experts. On what grounds can the other courts ignore what the Supreme Court has said?," he said.

Mahali also said that namaz has been offered in the mosque since it was built.

"Muslims need not feel sad, and the case will be pursued with full strength in the court. But, it has to be thought that till when such issues will linger on," he said.

Spokesperson of the All India Shia Personal Law Board, Maulana Yasoob Abbas, said, "We respect the order of the court, and the judiciary. Temples, mosques, gurudwaras, churches and other places of worship are centres of faith. People go there to seek 'sukoon' (peace). I am repeatedly saying that Hindus, Muslims and local people of Varanasi should sit together, and try to find an out of court solution."

"In this country, a brother has fought another brother enough number of times in the name of temple and mosque. We have to unitedly fight poverty, unemployment and illiteracy. There has been enough of Hindu-Muslim politics," he said.

Earlier, District Judge A K Vishvesh ordered that it would continue to hear the petition seeking the right to worship deities on the outer wall of the mosque complex located close to the Kashi Vishwanath temple.

The court fixed September 22 as the next date of hearing in the case.

Merajuddin Siddiqui, the advocate representing the Muslim side, said that they will move the Allahabad High Court against the judgement.

In the order, the judge said, "In view of the discussions and analysis, I have come to the conclusion that the suit of the plaintiffs is not barred by the Places of Worship (Special Provision) Act, 1991, The Waqf Act, 1995 and UP Sri Kashi Vishwanath Temple Act, 1983, and the application 35C filed by the defendant no. 4 (Anjuman Intezamia) is liable to be dismissed."

On May 20, the Supreme Court transferred the civil suit filed by Hindu devotees on Gyanvapi mosque from civil judge (senior division) to district judge, Varanasi, saying looking at the complexities and sensitivity of the issue, it is better if a senior judicial officer having an experience of over 25-30 years handles this case.

In an important observation, the top court also said that the process to ascertain the religious character of a place of worship is not barred under the Places of Worship Act of 1991.

A bench of Justices D Y Chandrachud, Surya Kant, and P S Narasimha said it will be better if a district judge handles the case and made it clear that it is not casting any aspersion on the civil judge (senior division) who was earlier dealing with the suit.