UP to name college after cop killed in Bulandshahr 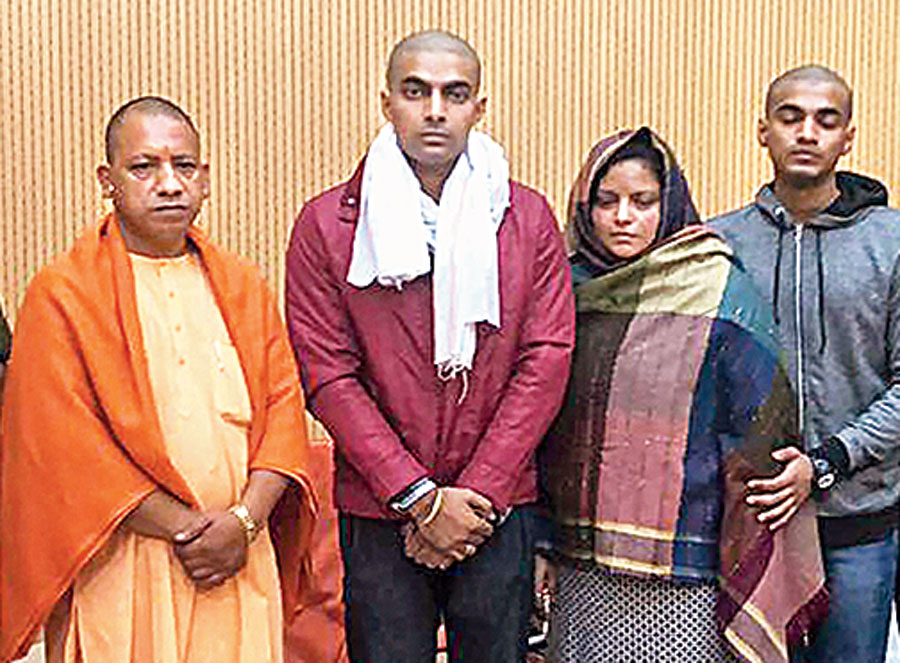 The family of Subodh Kumar Singh, the police officer killed on Monday in Bulandshahr, met Uttar Pradesh chief minister Yogi Adityanath on Thursday and sought the immediate arrest of Yogesh Raj, a Bajrang Dal leader and the prime accused in the murder case.

“The chief minister said he would be with us always,” Shreya said.

When reporters asked the family if they were satisfied with the investigation, the DGP quickly cut in and said: “This isn’t the right time to ask them about the probe….”

An official said Adityanath had agreed to the family’s demand for an intermediate college bearing Subodh’s name in his native village of Tirgawan, Etah district. Adityanath had asked minister Atul Garg to bring the family to Lucknow.

Adityanath assured them his government would repay the Rs 30-lakh housing loan Subodh had taken.

The government had earlier announced Rs 50 lakh for the family and free education for Subodh’s sons, pursuing graduation and intermediate courses at a Noida college.