A group aired suspicions of cow slaughter, blockaded a highway and torched a police station 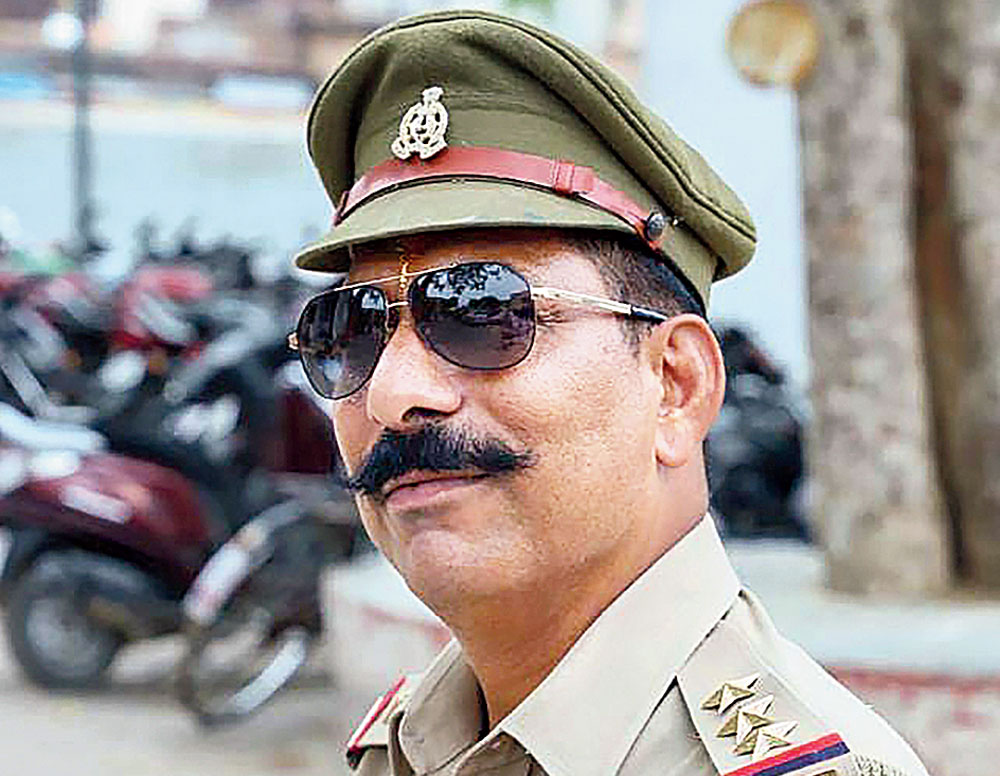 Cow vigilantism has burst back into the heartland with tragic and intriguing consequences in the middle of key Assembly elections, claiming two lives, including that of a police officer who had probed the Mohammed Akhlaque lynching case.

Inspector Subodh Kumar Singh and a youth identified as Sumit Kumar Singh died of gunshot wounds in Bulandshahr district of Uttar Pradesh on Monday as a group aired suspicions of cow slaughter, blockaded a highway and torched a police station.

Inspector Subodh Kumar was attached to Syana police station in the district. He had initially investigated the lynching of Akhlaque in 2015 near Delhi — on the unsubstantiated suspicion of keeping beef in his refrigerator — before the case was handed over to another officer in November that year.

Sources said it was on the basis of evidence Subodh Kumar had collected that the case had proceeded. The officer had booked 17 suspects in the case. All are out on bail now and the trial is yet to begin.

Monday’s eruption of violence injects a polarising factor three days before neighbouring Rajasthan goes to the polls. Several voters have been saying that the resurrection of divisive issues could help the BJP “bounce back” in the desert state.

A police officer claimed that many BJP workers were among the 400-odd vandals in Bulandshahr on Monday but declined to speak on record.

A deliberate attempt appears to have been made to inflame passions using the carcasses. Eyewitnesses said villagers in Mahav had found the carcasses in a sugarcane field and informed local Bajrang Dal members, who loaded the remains on a tractor, took the tractor near the Chingrawathi police outpost around 4km away and parked it in the middle of the Syana-Bulandshahr highway.

One group demanded the immediate arrest of those involved in the alleged cow slaughter. When the police tried to clear the blockade, others attacked the outpost from different sides, throwing stones and opening fire.

Some others torched Syana police station and set ablaze inspector Subodh Kumar’s motorcycle around the time he was attacked near the Chingrawathi outpost.

ADG Anand Kumar said that according to reports he had received, Raj Kumar, a former chief of Mahav village, had informed the Syana police about the carcasses of five to six cows in his field.

“The deceased inspector had gone to the village (around 9am) with (three) other constables and was talking to the villagers when some people loaded the carcasses on a tractor-trolley, took it to the highway, blocked it and attacked the Chingrawathi outpost,” the officer said.

“Subodh rushed to the protest site where over 400 villagers from three villages, Mahav, Nayawas and Chingrawathi, had assembled by then. They attacked the police. Subodh suffered injuries and died on the way to hospital. The protesters continued attacking the police and fired from country-made pistols. The police too used force in self-defence.”

Anand Kumar had earlier said that perhaps a brick had hit Subodh Kumar. PTI later quoted him as saying that according to the post-mortem report, the officer had died of a bullet wound.

“It is clarified that Subodh Kumar Singh was the investigating officer of the Akhlaque lynching case of Dadri from September 28, 2015, till November 9, 2015,” he told reporters.

He said Sumit Kumar, the youth, suffered a bullet injury and was declared dead during treatment in hospital.

The blockade coincided with the return of hundreds of Muslims from a huge religious congregation 25km away but there were no reports of clashes between the two communities. Anand Kumar said the “religious function was going on far away from the incident site and cannot be linked”.

The cow as cause