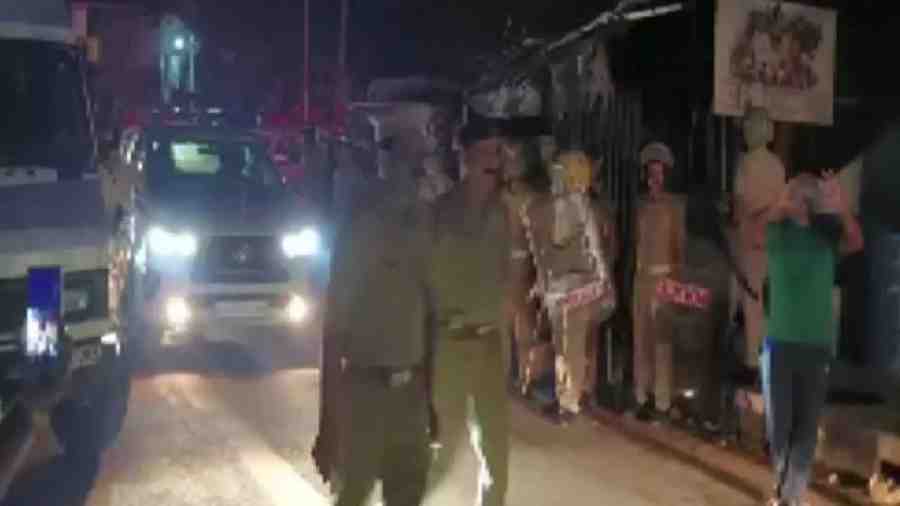 In near-simultaneous raids across the length and breadth of the country, a multi-agency operation spearheaded by the National Investigation Agency on Thursday led to the arrest of 106 activists of the Popular Front of India in 11 states for allegedly supporting terror activities in the country, officials said.

According to the officials, the arrests were made during the raids which have been termed as the "largest-ever investigation process till date".

Details of the arrested activists were not available immediately, but officials said the arrests were done by the National Investigation Agency (NIA), the Enforcement Directorate (ED) and the police forces of 11 states so far.

The officials said the searches are taking place at the premises of persons involved in terror funding, organising training camps, and radicalising people to join proscribed organisations.

Formed in 2006, the PFI claims to strive for a neo-social movement ostensibly for the empowerment of marginalised sections of India. It is, however, often accused by law enforcement agencies of promoting radical Islam. In a statement, the PFI said "the raids are taking place at the homes of national, state and local leaders of PFI. The state committee office is also being raided".

"We strongly protest the fascist regime's move to use agencies to silence dissenting voices," it said.

The ED has been investigating the PFI's alleged "financial links" on charges of fuelling the anti-Citizenship (Amendment) Act protests in the country, the 2020 Delhi riots, alleged conspiracy in Hathras (a district in Uttar Pradesh) over alleged gang-rape and death of a Dalit woman, and a few other instances.

The Popular Front of India was formed in 2006 in Kerala and is headquartered in Delhi.

The probe agency has filed two charge sheets against PFI and its office-bearers before a special PMLA court in Lucknow.

In February last year, the ED filed its first charge sheet against PFI and its student-wing Campus Front of India (CFI) on money laundering charges, claiming its members wanted to "incite communal riots and spread terror" in the aftermath of the Hathras gang rape case of 2020.

In the second charge sheet filed this year, the ED had claimed that a hotel based in the UAE "served" as a money laundering front for the PFI.