Besides her, other women judges in the apex court are Justices Hima Kohli, B.V. Nagarathna, and Bela M Trivedi 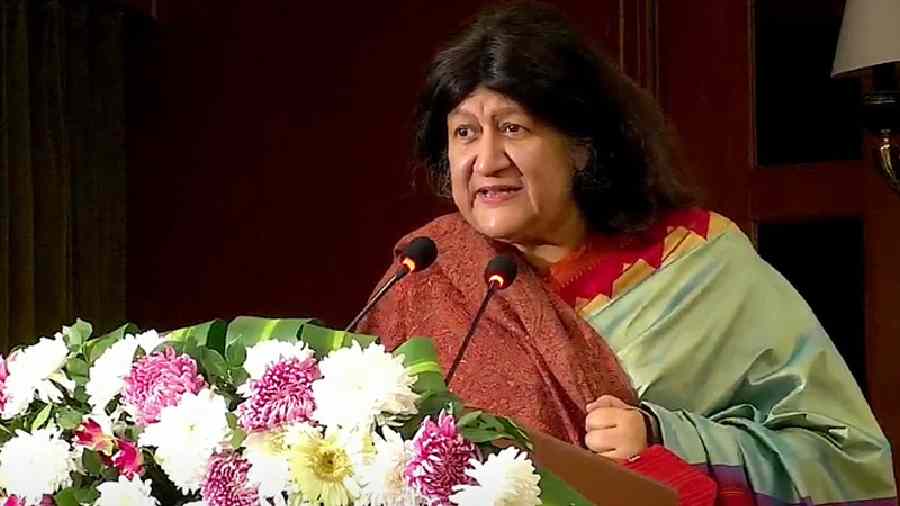 Justice Banerjee, who is the fifth senior-most judge in the apex court would be demitting office after serving for over four years.

Besides her, other women judges in the apex court are Justices Hima Kohli, B.V. Nagarathna, and Bela M Trivedi.

Justice Banerjee was the eighth woman judge to be appointed to the Supreme Court and now with her retirement, there would be three women judges in the apex court.

The Supreme Court, which came into being on January 26, 1950, has seen very few women judges since its inception and in the last over 72 years -- only 11, starting with Justice M Fathima Beevi in 1989.

On the last working day, Justice Banerjee shared the ceremonial bench with Chief Justice of India U U Lalit who praised her contribution to the judiciary in her over two-decade-long career.

"We all will be missing our sister, Justice Banerjee. In twenty years of judicial career, she has given everything. Hard-working -- yes. Intelligent -- No doubt. She has all the qualities which a judge should have. We all will be missing her on the bench and of course, she will always remain in our hearts. So, good luck sister! Wish you all the best!," said the CJI.

Justice Banerjee, who was elevated to the top court on August 7, 2018, from Madras High Court where she was the Chief Justice, acknowledged the assistance of the bar in judgements delivered by her.

She recalled her first day in the top court as the judge saying that it seemed just like the other day when she was sharing the bench with Justice (since retired) Dipak Misra on August 7, 2018.

"I acknowledge the assistance which I have received from the members of the bar. If I gave judgments, it was because of their (lawyers') assistance," she said, adding that the apex court bar is very strong, independent and intelligent.

"I do hope that there will be more women in the future...hope there is cooperation for the weaker, and there be equality and justice in the shortest span of time. Thank you all," she said in her concluding remarks.

The retirement of justice Banerjee would bring down the number of serving judges in the top court to 29 against the sanctioned strength of 34 including the CJI.

The SCBA (Supreme Court Bar Association) would hold a formal function to bid farewell to Justice Banerjee, the senior judge among the four women judges in the top court, in the evening.

As per the Constitution, Supreme Court judges retire at the age of 65.

"We have very few women judges on the bench and it is very sad that we are losing one of the best amongst them," the top law officer said.

Justice Banerjee, born on September 24, 1957, did LL.B from the College of Law of Calcutta University and enrolled as an advocate on July 5, 1985.

She practiced both in the Original and Appellate Sides of the Calcutta High Court in all branches of law except Criminal law, with appearances in the Supreme Court, other Courts, and Tribunals.

She was sworn in as Chief Justice of Madras High Court on April 5, April 2017, and was later elevated as Supreme Court Judge on August 7, 2018.