In September last year, BHU guards and police had baton-charged students protesting an alleged incident of molestation on the campus 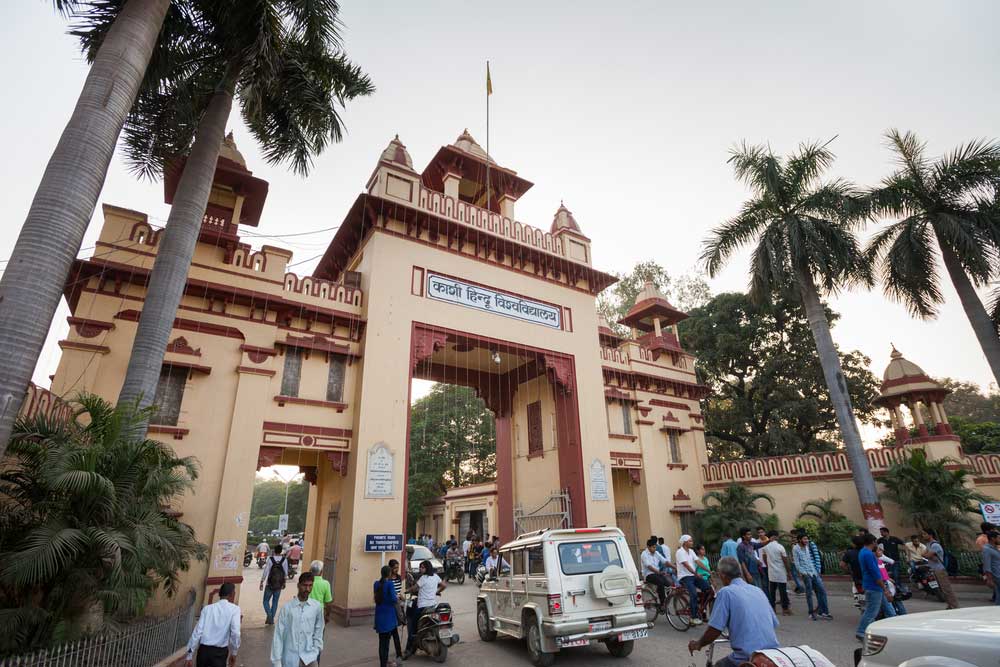 Nursing students of a school under the Banaras Hindu University on Thursday accused the institute’s proctor and guards of “punching and kicking” them as they sat on protest against a decision to derecognise their bachelor’s course.

Chief proctor Royana Singh said “nothing of the sort happened”.

In September last year, BHU guards and police had baton-charged students protesting an alleged incident of molestation on the campus, sending some women students to hospital.

On Thursday students of the School of Nursing under the BHU-affiliated Institute of Medical Sciences (IMS) had staged a sit-in to press for restoring recognition to their course.

The Indian Nursing Council (INC), New Delhi, had in 2017 derecognised the Uttar Pradesh school’s BSc nursing course for the last three years on the ground of lack of teachers and other facilities.

But the students of the nursing school, a five-decade-old institute, learnt about the decision only recently as the IMS had not publicised the notification that affects the future of 260 aspiring nurses. The students had on Wednesday met BHU vice-chancellor Rakesh Bhatnagar and IMS director V.K. Shukla, but didn’t get any assurance from either. They then decided to stage the sit-in at the varsity gate.

“The INC has cancelled the recognition of the graduation courses of 2015, 2016 and 2017 because there was shortage of teaching staff. It was clearly a failure of the BHU administration. We came to know about the cancellation last week as the university kept it a secret for one year. We will not be able to apply for jobs or join an MSc course if the university doesn’t approach the council,” said a student who asked not to be named.

“Chief proctor Royana Singh, along with some other members of the proctorial board and security guards, came to us on Thursday morning and asked us to leave. Singh and other staff started punching and kicking us when we said we wouldn’t withdraw the protest till our demand is met.”

Singh denied the allegation. “Nothing of the sort happened there,” Singh told reporters. “We talked to the students and returned.”

Another nursing student said a representative of the VC had met some of the protesting students on Thursday. “Our classmates told us the VC has asked (the protesting students) to move Allahabad High Court for recognition from the UP State Medical Faculty, an alternative body that regulates nursing education in the state. It is gradually becoming clear that the IMS, in particular, and the BHU, in general, are trying to disown us,” the student said.

VC Bhatnagar said he has asked the IMS director to resolve the issue soon.