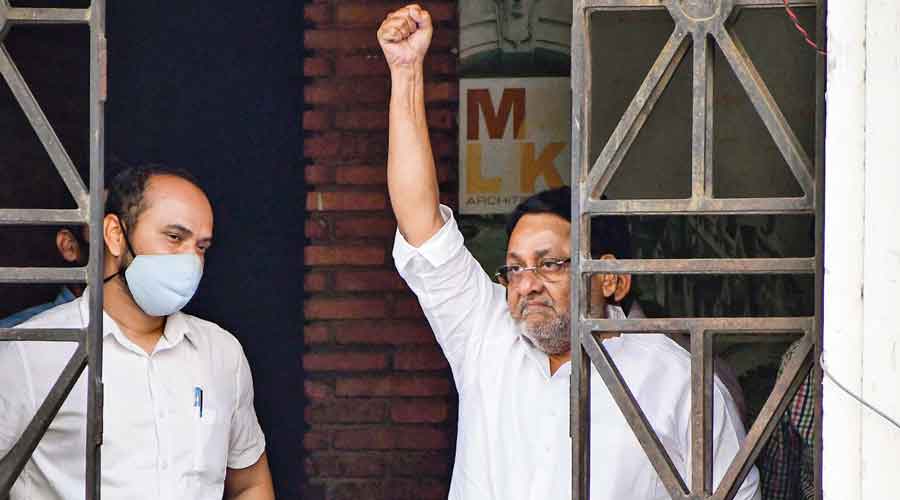 A special court here on Wednesday refused bail to former Maharashtra minister Nawab Malik in a money laundering case linked to the activities of fugitive gangster Dawood Ibrahim and his aides.

A detailed order will be available later.

The court on November 14 reserved his order on Malik's bail plea after hearing lengthy arguments put forth by both sides.

He is in judicial custody and currently undergoing treatment at a private hospital here.

The NCP leader had sought bail pleading there is no predicate offence against him to prosecute him for money laundering.

The probe agency, however, opposed the bail stating the case registered by the National Investigation Agency (NIA) against Dawood Ibrahim and his henchmen is considered a predicate offence.