Echoing Raja, another CPI leader, Atul Kumar Anjan, said the secular parties must unite against the saffron party-led NDA at the Centre 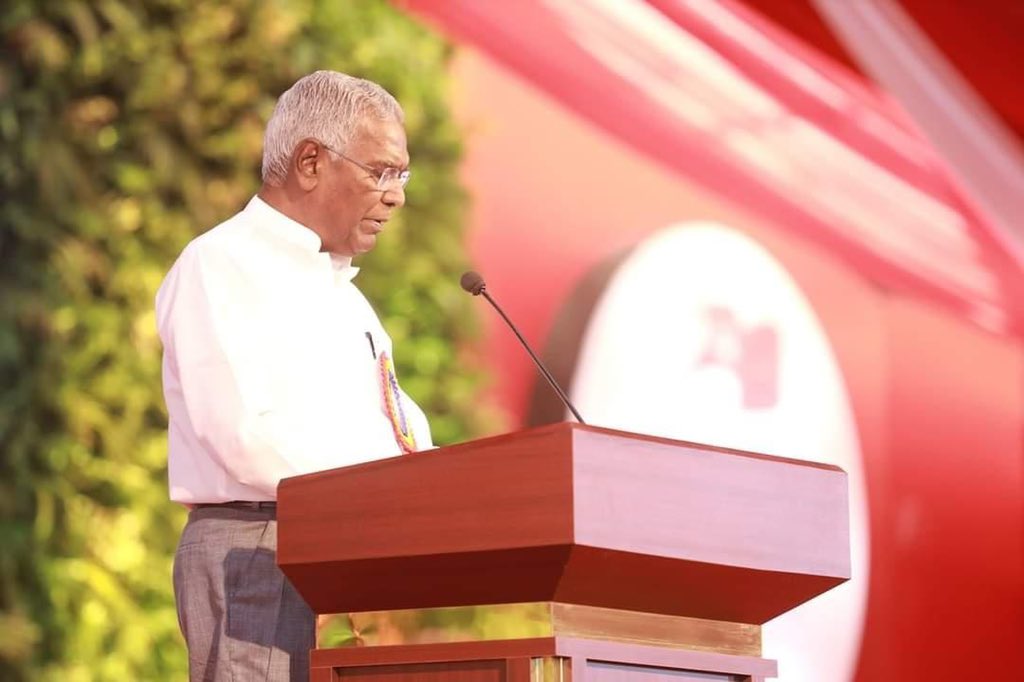 All secular parties in the country must come together and field a joint candidate to take on the ruling BJP-led National Democratic Alliance (NDA) in the upcoming presidential election, D Raja, the general secretary of the CPI, said here on Tuesday.

Raja also stated that he met RJD leader Tejashwi Yadav here on Monday and deliberated on the idea.

Talking to reporters, he said, "I have been meeting leaders of all secular democratic parties to discuss about the need to field a joint opposition candidate for the presidential election. Our party seeks to support a common candidate put up by the secular parties."

"We will also hold consultations with the Mamata Banerjee-led TMC and other secular parties. If a common candidate is fielded, it will be really helpful," the Communist Party of India (CPI) leader added.

The tenure of the current President of India, Ram Nath Kovind, is set to end in July this year.

The electoral college for the presidential election consists of elected MPs and MLAs from states.

While an MP's vote has a value of 708, the vote value of MLAs differs from one state to another.

Echoing Raja, another CPI leader, Atul Kumar Anjan, said the secular parties must unite against the saffron party-led NDA at the Centre

The BJP suffered a major setback in the by-elections held recently in four states of the country. The party's strength (in Parliament and assemblies) cannot exceed that of all opposition parties taken together," he stated.

Anjan also said that the CPI would be strengthening its base in the state in the days to come.

"The party will organize a four-day state-level conference from September 18 in Banka district in the state, he added.

Game not over yet: Didi