The apex court said four petitions have been filed 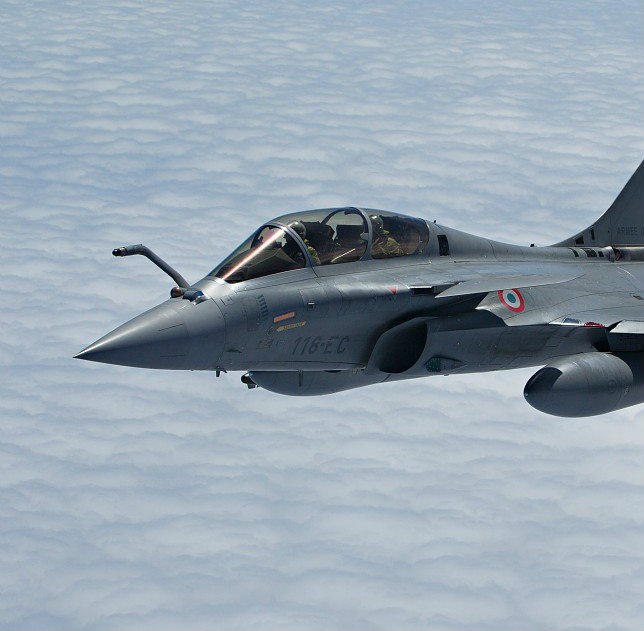 The Supreme Court on Thursday said it would consider listing of pleas seeking review of its December 14 verdict dismissing the need for an investigation into the deal to procure 36 Rafale fighter jets from France.

A bench headed by Chief Justice Ranjan Gogoi said four applications or petitions have been filed and one of them is still lying with the registry because it is defective.

'The combination (of the judges) of bench will have to be changed. It is very difficult. We will do something for it,' the bench, also comprising Justices L.N. Rao and Sanjiv Khanna, said when lawyer Prashant Bhushan sought urgent listing of the petitions in the Rafale case.

He added that besides the review petition, an application seeking perjury prosecution against some central government employees for giving misleading information to the court has also been filed.

On December 14 last year, the apex court had dismissed a clutch of PILs, including the one filed by former Union ministers Yashwant Sinha and Arun Shourie and Bhushan, saying there was 'no occasion to doubt' the decision-making process of the Centre in the procurement of 36 Rafale jets from France.

The trio had moved the apex court on Monday seeking initiation of perjury proceedings against central government officials for allegedly giving 'false or misleading' information in a sealed cover in the high-profile case.

The prosecution of the officials has been sought under IPC Sections 193 and 195 dealing with giving false evidence, contempt of lawful authority of public servants and giving false documents in evidence.

The information that has come into the public domain after the judgment was delivered “prima facie shows that government 'misled' the court on various counts”, the plea read.

“The untruths and suppression of information in the notes constitute perjury and also contempt as the notes were submitted pursuant to the orders of the court'.

It added that the note on pricing had not been shared with the petitioners.

Referring to the CAG's audit of the deal, the plea said: 'There was no CAG report at the time. The government misled the court into relying on non-existent fact/report as basis of its observation on pricing in the judgment.

The plea also referred to recent media reports and alleged suppression of 'unauthorised parallel negotiations' by the PMO and bypassing of the defence ministry and the Indian Negotiating Team.

Advocate M.L. Sharma was the first petitioner in the case. He was followed by another lawyer, Vineet Dhanda, who moved the apex court seeking a court-monitored probe into the deal, and AAP leader Sanjay Singh.

After the three petitions were filed, Sinha, Shourie and Bhushan moved the apex court seeking a direction to the CBI to register an FIR for alleged irregularities in the deal.