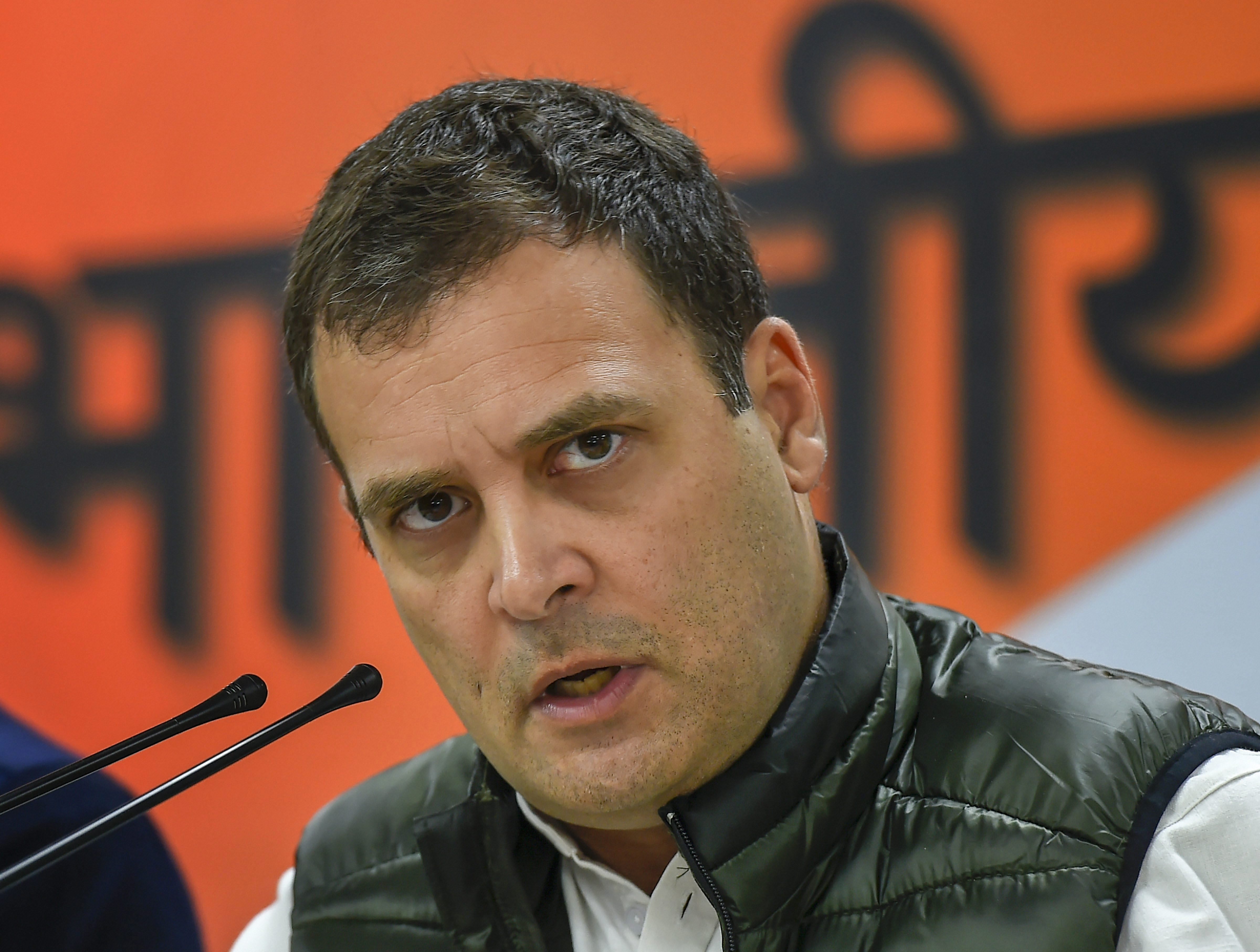 Raising slogans against the Narendra Modi government, Congress lawmakers protested outside Parliament on Wednesday over the Rafale deal.

UPA chairperson Sonia Gandhi and former Prime Minister Manmohan Singh were also present in the protest near the Gandhi statue in the Parliament complex.

Stepping up his attack on Modi over the Rafale deal, the Congress president cited a media report to claim that the Prime Minister's argument of better pricing and faster delivery of the jets to defend the deal has been 'demolished'.

Trinamul Congress MPs also held a demonstration inside the complex, alleging misuse of the CBI by the Centre.

Modi can be jailed over Rafale, says Rahul