SKM to hold farmers' mahapanchayat in Lucknow on Monday 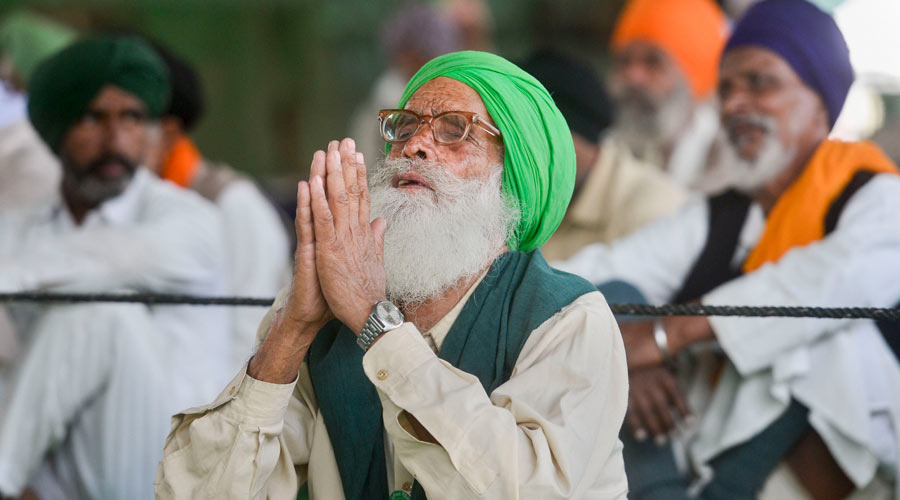 The gathering scheduled to be held at Eco Garden in the city was planned several months before Friday's announcement.
File picture
Our Bureau, PTI   |   Lucknow   |   Published 21.11.21, 02:36 PM

The Samyukta Kisan Morcha (SKM), an umbrella body of farmer unions, will be holding a mahapanchayat here on Monday in a show of strength days after the Prime Minister's announcement of repealing the three farm laws.

The gathering scheduled to be held at Eco Garden in the city was planned several months before Friday's announcement.

Farmer leaders said the protests will continue until the government makes a law on minimum support price (MSP) and removes Union Minister of State for Home Ajay Mishra.

In a tweet in Hindi on Sunday, Bhartiya Kisan Union national spokesperson Rakesh Tikait said, "Chalo Lucknow Chalo Lucknow (lets go to Lucknow) for MSP Adhikaar Kisaan Mahapanchayat. The agriculture reforms being talked about are fake and cosmetic. The farm reforms are not going to stop the plight of the farmers. The biggest reform for the farmers and agriculture will be to make a law pertaining to the MSP."

Vice-president of Uttar Pradesh unit of BKU Harnam Singh Verma told PTI, "The Prime Minister has announced the repeal of the three farm laws, but he did not say when the MSP law will be made. Until a law is made on the MSP, and Union Minister of State for Home Ajay Mishra is removed, the agitation will continue."

Verma also said a number of other issues will also be discussed at the farmers' mahapanchayat. "The BJP had said (during the previous Assembly elections in UP) that once it forms the government in the state, payment will be made to the sugarcane farmers within 14 days, but this mechanism could not be implemented in the state. In a span of four-and-a-half years, the increase in sugarcane price was barely Rs 25," he said.

Violence had erupted in Lakhimpur Kheri district on October 3 when farmers were protesting the visit of Deputy Chief Minister Keshav Prasad Maurya to Mishra's native place. Four agitating farmers were run over by a vehicle while four others, including a journalist and two BJP workers, were also killed in ensuing violence.