Lawyers to get scope for extensive arguments 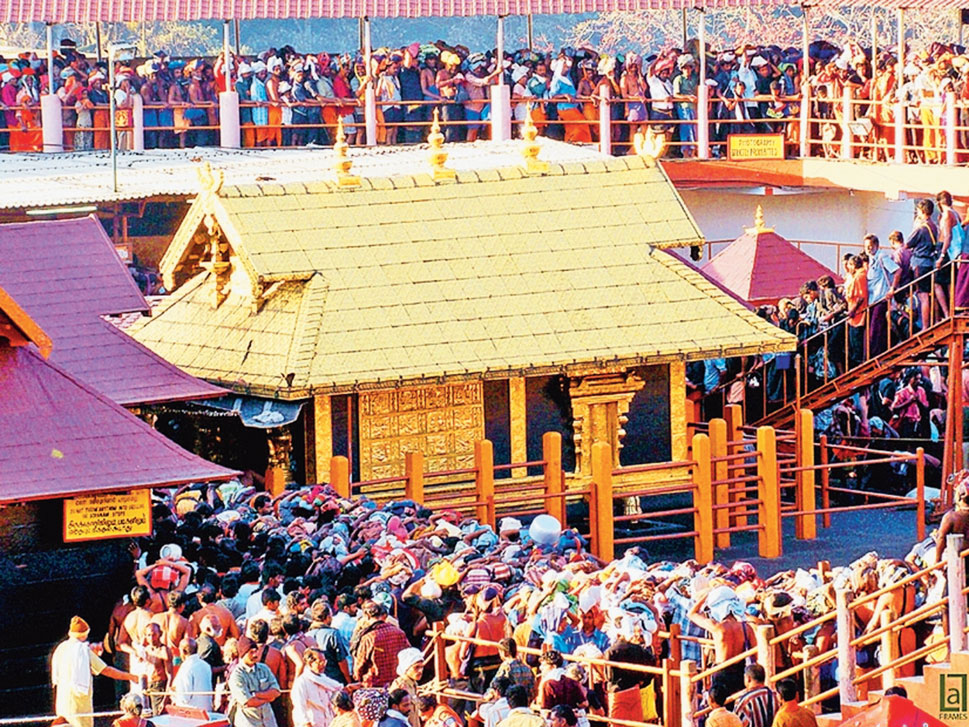 Five Supreme Court judges would next month hear in an “open court” pleas to recall the September verdict of another five-judge constitution bench that allowed women of menstrual age to enter Kerala’s Sabarimala temple, an issue that has polarised both devotees and politicians.

Chief Justice of India (CJI) Ranjan Gogoi, who was heading a bench, told advocates Mathew J. Nedumpura and others the batch of 19 petitions would be taken up on November 13 after the lawyers sought an early hearing.

The decision to hold an open-court hearing is significant: review pleas are generally held in judges’ chambers where lawyers, litigants and the media have no access.

An open-court hearing would allow lawyers the scope for extensive arguments.

A five-judge constitution bench had on September 28 quashed by a 4:1 verdict the centuries-old ban on women between 10 and 50 entering the Kerala shrine. The National Ayyappa Devotee Association and several other outfits and individuals have challenged the ruling, though the Kerala government has issued instructions to enforce the order.

The petitioners who have sought a review have contended that the old practice was neither derogatory to women, nor linked to physiological occurrences but to the character of Ayyappa, who is considered a celibate deity.

Justice Gogoi is most likely to head the November 13 bench as then Chief Justice Dipak Misra, who headed the original bench, has retired. It is up to the CJI to decide whether to head the bench or nominate someone else.

The other four judges — Justices R.F. Nariman, A.M. Khanwilkar, D.Y. Chandrachud and the dissenting judge, Justice Indu Malhotra — will have to be necessarily accommodated on the bench.