Ruling through ordinances not desirable in democracy: Kerala Governor 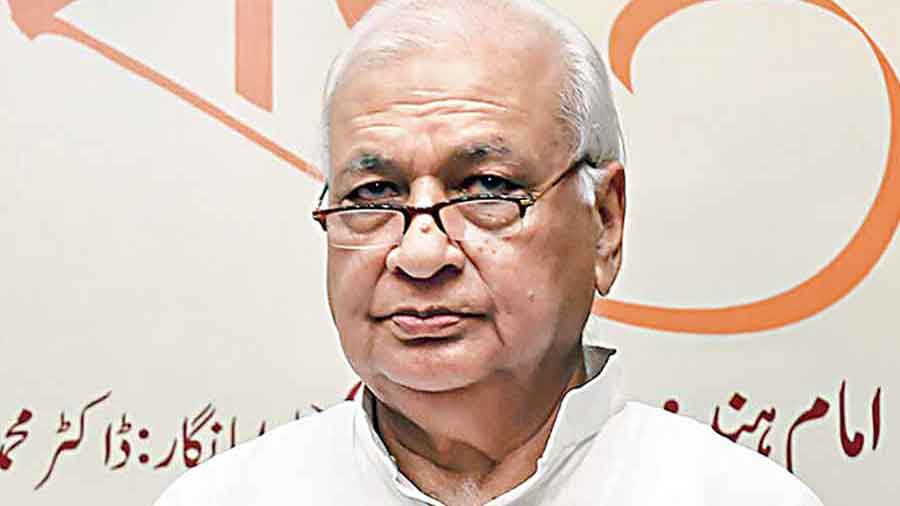 With several ordinances, including the Kerala Lokayukta (Amendment) Ordinance, issued by the LDF government set to expire on Monday, Governor Arif Mohammed Khan said ruling through such means "is not desirable in a democracy".

Khan said he was not going to approve their re-promulgation without going through the ordinances.He said that 13-14 ordinances were sent to him on the day he was leaving the state for Delhi to attend a meeting of the 'Azadi Ka Amrit Mahotsav' committee and did not have the time to go through all of them.

"I need time to go through them. I have to apply my mind. Do you want me to sign them without applying my mind? We must uphold the spirit of democracy and ruling through ordinances is not something which is desirable in a democracy," the Governor said while speaking to reporters in the national capital.

"During certain emergencies, you can bring in an ordinance. Thereafter, it has to be ratified in the assembly session. It cannot happen that you continue promulgating the ordinance again and again. Why is there a Legislative Assembly if you are going to rule through ordinances," Khan said.

In the instant case there is no explanation why such emergency measures should continue, he added.In response to the Governor's remarks, Kerala Law Minister P Rajeeve, in the afternoon, told reporters that the Governor has not refused to sign the ordinances and the day is not over yet.The minister said that in the last two sessions, the budget and financial bill were the matters taken up.Rajeeve said that even the Left government was against 'ordinance raj' and it had every intention to convene a session for ratifying the ordinances.

"The spirit of the Constitution is that no government can rule for long periods through ordinances. Even the Supreme Court has passed strictures against continued promulgation of ordinances," he said.

Meanwhile, former Leader of Opposition in the state assembly and senior Congress leader Ramesh Chennithala said that the 'ordinance raj' of the Left government should end.

He said the Left government was misusing Article 213 of the Constitution which gives power to the Governor to promulgate ordinances during recess of the Legislature as no other state in India has issued as many ordinances as done in Kerala.In 2021 alone, 142 ordinances were issued with 14 more till date this year and the government was in the process of trying to bring in another 11, Chennithala said in a statement.

Even the apex court in 1985 has said that issuing ordinances except in an emergency amounts to a "fraud on the Constitution".Khan, while speaking to reporters in Delhi, had said his decision not to sign the ordinances till date was not due to any displeasure with the state government's alleged proposal to bring an ordinance to dilute his powers as Chancellor.

He said he was unaware of any proposed ordinance aimed at diluting his powers as the Chancellor and therefore, he cannot comment on the same.

"It was only after this assurance by the chief minister that I resumed my duties as Chancellor. Now there is no interference. I am thankful to the chief minister for that. So, where is the question of a fight? He has made the position abundantly clear," Khan said.

The Governor further said that he has an award ceremony to attend in Maharashtra and will reach Kerala day after tomorrow, August 10.Among the ordinances set to expire, the Kerala Lokayukta (Amendment) Ordinance provides that the Governor, Chief Minister or the state government would be the competent authority and he or it may either accept or reject the declaration by the Lokayukta, after giving an opportunity of being heard.The Congress-led UDF opposition is against the ordinance and had back in February urged the Governor not to sign it.