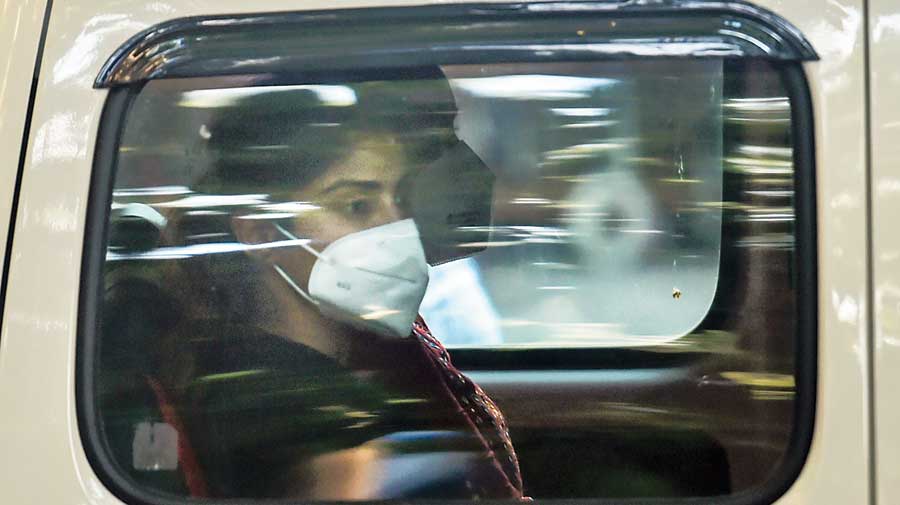 A day after the Narcotics Control Bureau (NCB) arrested her, Rhea Chakraborty was on Wednesday shifted from the anti-drug agency's office in south Mumbai to the Byculla jail.

Shortly after her arrest on Tuesday in a drugs case linked to her boyfriend and actor Sushant Singh Rajput's death, she was sent in judicial custody till September 22 by a local court.

On Wednesday, she stepped out of the NCB office at 10.15 am after spending the night there and was taken to the Byculla jail by the agency officials.

The court had rejected her bail application. The NCB had told the court that she was an "active member" of a drugs syndicate and procured drugs for Rajput, her boyfriend.

The NCB, however, said it did not want her custody as it had already questioned her for three days.

Immediately after her arrest, the 28-year-old Rhea was taken for medical tests including Covid-19 test to the civic-run Sion hospital in Central Mumbai. At the hospital, her antigen test for Covid-19 came out negative, officials said.

She was then taken to the NCB office in south Mumbai around 7.15 pm, and produced before the court through video-conference.