Restrictions reimposed in parts of Kashmir 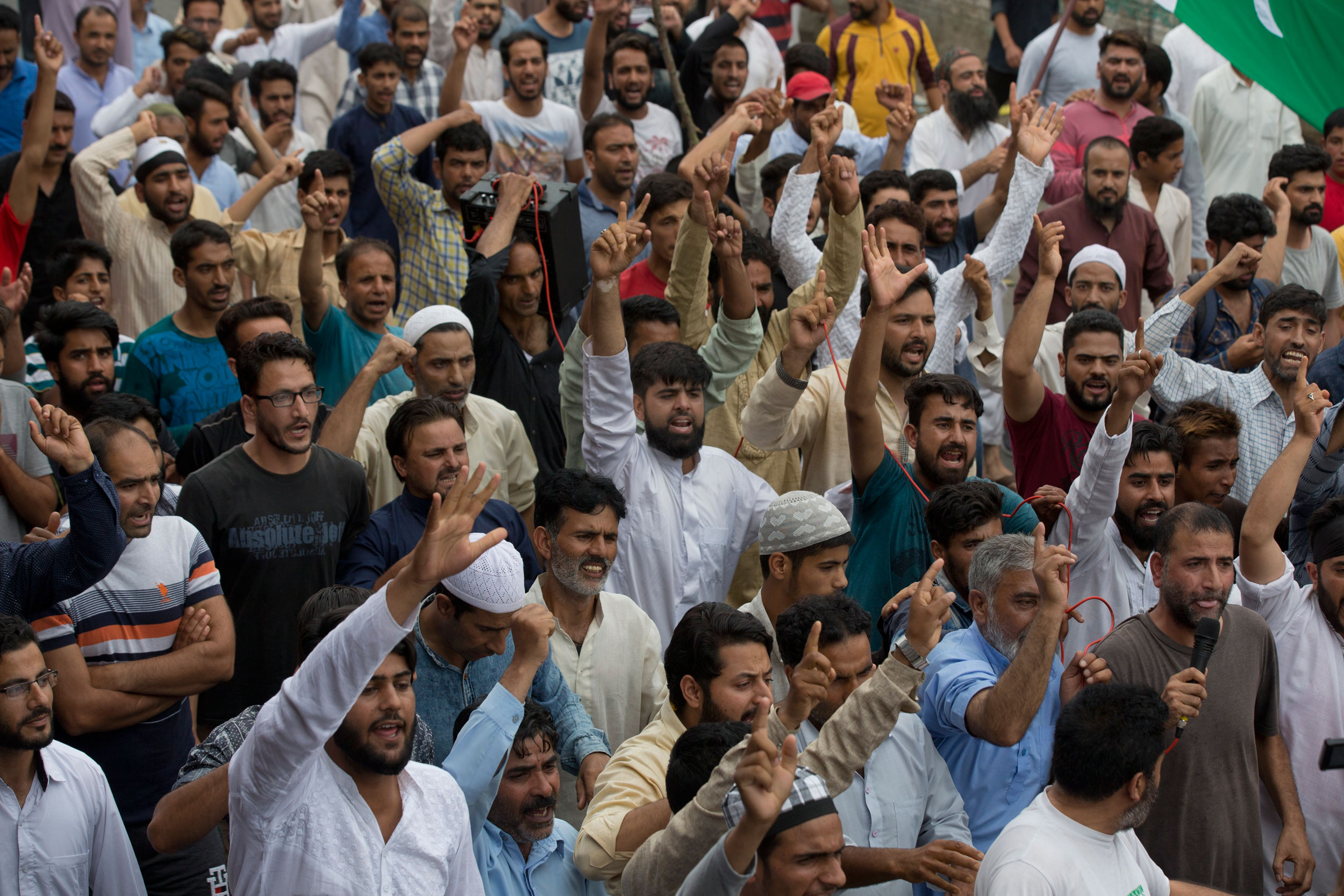 The authorities re-imposed curfew-like restrictions in parts of the Kashmir Valley on Sunday afternoon. The question now is whether the curbs would be eased for Monday’s Bakr Id.

Some signs of normality had appeared in parts of the Valley on Saturday after the administration partly eased the weeklong restrictions on movements to allow Id shopping.

The relaxation was extended to Sunday morning and more people turned out to make purchases, mostly from roadside stalls as few shops had opened. Traffic, though, remained paralysed because of the curbs as well as a voluntary shutdown by transporters.

By afternoon the government had begun re-imposing the restrictions, apparently sensing the danger of pro-independence mobs exploiting the partial normality to foment trouble.

Rumours spread, adding to the tension. The complete information blockade has made news gathering and verification of claims extremely difficult.

The administration appears to be bracing for a showdown with pro-independence mobs during Id.

It was not clear till the afternoon whether the government allows large congregations for Id prayers at Srinagar’s Idgah and Jamia Masjid or at the other district headquarters.

Traditionally, Id has been an occasion for pro-independence protesters to show their strength, and violence during the day has become common.

It seems likely that prayers will be allowed at small, locality-specific mosques, which can accommodate about a hundred or fewer worshippers.

Sources said the various district administrations had summoned the managements of mosques to seek a guarantee that there would be no trouble during Monday’s Id gatherings.

Many pro-India politicians such as former chief ministers Omar Abdullah and Mehbooba Mufti would be spending Id in confinement, perhaps the first time in their lives. Hundreds of politicians, including former legislators and ministers, are in detention.

Omar has been lodged at the Hari Niwas palace and Mehbooba at the Cheshma Shahi hut, which have been designated as sub-jails.

It has, however, been routine for many separatist leaders to spend Id in jail or under house arrest.

(Raina filed the report above around 8pm and he could not be contacted since then.)

Hundreds of people protested in Srinagar on Sunday despite the new restrictions and a seventh straight day of communications blackout, Reuters reported around 9.30pm on Sunday.

Police vans drove around some areas ordering people to shut shop and go home, and most streets were silent by evening, witnesses said.

Angry Kashmiris gathered at a mosque in Srinagar’s Soura neighbourhood after afternoon prayers on Sunday and began shouting anti-India slogans, according to two Reuters witnesses.

A swarm of women and girls followed the marching men. “What do we want? Freedom! When do we want it? Now!” the crowd shouted, marching around the neighbourhood.

The Union home ministry did not immediately respond to a request for comment.

The demonstration in Soura followed a much larger protest in the same area on Friday, when pro-independence youths marched before being repelled by tear gas and pellets.

Dilbag Singh, the Jammu and Kashmir director-general of police, told Reuters on Sunday that between 1,000 and 1,500 people were returning from praying at mosques on Friday when “some miscreants” started pelting stones at security officials.

“It was a reaction to stone-pelting by these miscreants that one or two rounds of pump action gun was fired,” Singh said, adding that four to five men suffered injuries.