Better infrastructure in border areas of the LAC will help in pre-empting more face-offs and intrusions and ensure better deployment of forces: Official 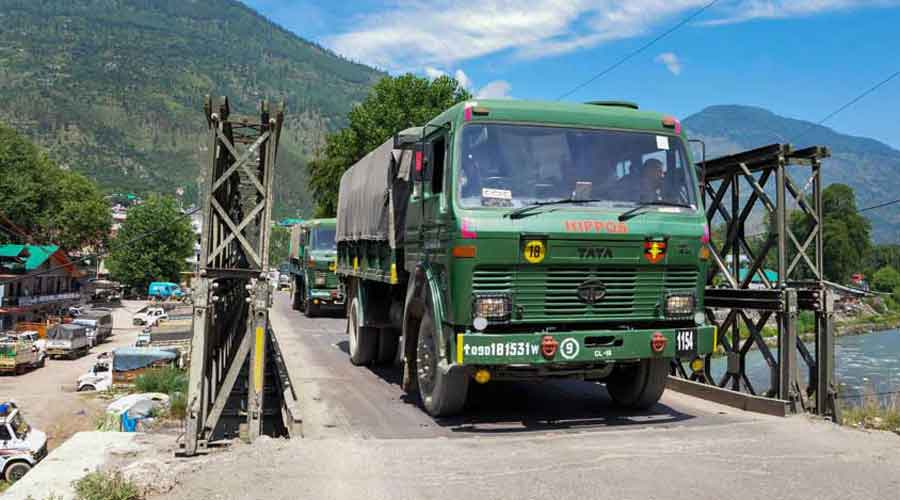 The 24 bridges and three roads inaugurated by defence minister Rajnath Singh along the China frontier will foster better connectivity to border areas and facilitate the deployment of soldiers much faster in remote zones, sources in the defence ministry said on Wednesday.

“These roads and bridges will help in ramping up infrastructure along the China frontier amid the ongoing border standoff in eastern Ladakh. It will also help in reducing the travel time for Indian soldiers in reaching remote border areas,” a defence ministry official said.

Rajnath had on Tuesday inaugurated the 24 bridges and three roads, including a pathway at 19,000 feet above sea level in eastern Ladakh and one near the sensitive Doklam area in Sikkim.

Another official highlighted that the Chinese People’s Liberation Army was said to have built highways and roads along with additional settlements for its troops inside India-claimed lines at several friction points in eastern Ladakh.

“Better infrastructure in border areas on the Indian side of the Line of Actual Control will help in pre-empting more face-offs and intrusions and ensure better deployment of forces. It will also enhance capability and bolster the Indian Army’s preparedness to effectively deal with possible threats,” he said.

The Indian and Chinese armies have been locked in border standoffs at multiple points in Ladakh since May last year.

The defence ministry on Wednesday announced a fresh list of 351 sub-systems and components that will not be allowed to be imported under a staggered timeline beginning December next year, PTI has reported. The ministry said the initiative would save foreign exchange equivalent to around Rs 3,000 crore annually.