Leave Congress if you are scared, Rahul tells members

Leader cites example of Jyotiraditya Scindia, says he had to save his house 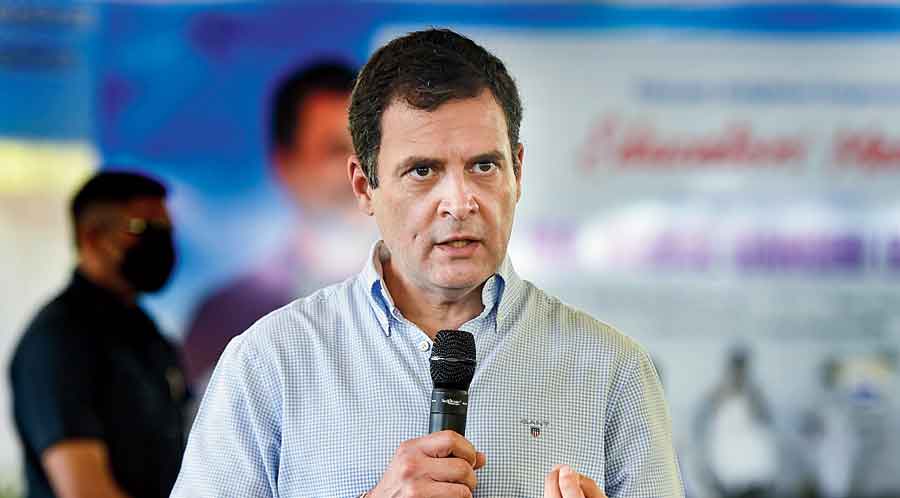 Congress leader Rahul Gandhi on Friday said those who were afraid of facing the reality and the BJP were free to leave the party, while fearless leaders outside the Congress should be brought in.

Addressing social media workers of the party at an online event, Gandhi said those who were afraid had left the party and cited the example of Jyotiraditya Scindia.

"There are many people who are not scared, but are outside the Congress. All these people are ours. Bring them in, and those scared within our party should be shunted out," he told the social media workers.

"They are RSS people and they should go, let them enjoy. We do not want them, they are not needed. We want fearless people. This is our ideology. This is my basic message to you," he also said.

Citing the example of Scindia, sources said he told the workers, "He had to save his house and he got scared and he joined the RSS."

A number of senior Congress leaders have quit the party to join the BJP in the recent past. These include Scindia and Jitin Prasada. Maharashtra Congress leaders Narayan Rane and Radhakrishna Vikhe Patil had also quit in 2019, besides actor Khushboo Sundar.

This is the first time Gandhi addressed around 3,500 party workers of the Congress social media department through video conference using Zoom.

He also gave them the message that he was always with them.

He asked the social media members not to be afraid of talking to him as they were a part of his family. "You are talking to your brother and you should not be scared," he told them.

"You should not be scared and you will never see me being afraid," he said, adding that the Congress wants to give equal rights to all but the RSS wants to benefit only a few.

"Our leader Shri Rahul Gandhi following in the footsteps of the Mahatma. To defeat the hate propagated by the RSS-BJP, the Congress needs fearless people, not cowards," Reddy tweeted, sharing a video of Rahul Gandhi.