Minister who brought MGNREGA passes away 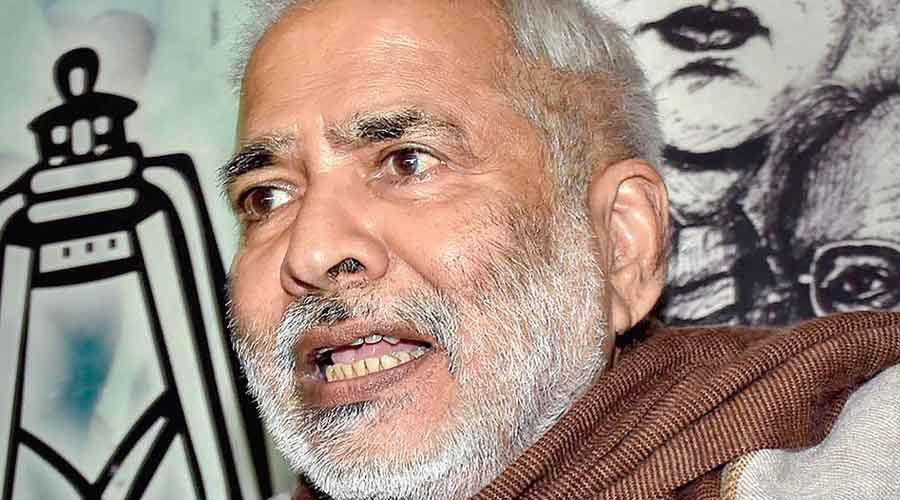 Raghuvansh Prasad Singh, who as Union minister in the Manmohan Singh government had conceptualised and implemented the 100-day rural job scheme MGNREGA, passed away on Sunday. He was 74.

A Lalu Prasad loyalist for decades, the former mathematics professor had been associated with the Rashtriya Janata Dal since its formation in 1997 but sent a handwritten resignation letter from his deathbed three days ago.

Raghuvansh was undergoing treatment at the All India Institute of Medical Sciences (AIIMS) in New Delhi for post-Covid complications, including breathing trouble and lung infection. He had tested positive for Covid-19 in June but had recovered.

Raghuvansh is survived by his wife, two sons and a daughter. He was one of the rare leaders in Bihar who kept family away from politics.

Those who knew Raghuvansh fondly recalled him for his disarming laughter, rustic wit, complete disregard for formal clothes and formalities, the socialist and secular ideals that he stood by throughout his life, empathy for the deprived, understanding of the grassroots, courage to take up causes he believed in and his opposition to anything that he felt was wrong.

Raghuvansh had written to Lalu Prasad from his hospital bed, resigning from the party. The second most popular leader in the RJD after Lalu had been feeling sidelined for some time.

However, Lalu Prasad wrote back to him, telling him he was not going anywhere and that they would talk once he recovered. The RJD chief, jailed in the fodder scam and himself in hospital undergoing treatment for various ailments, was among the first to condole Raghuvansh’s death.

“Dear Raghuvansh Babu! What did you do? Just days before I had said you were not going anywhere, but you went so far away. Am speechless. Am sad. Will miss you a lot,” Lalu tweeted in Hindi.

Raghuvansh had joined politics at the call of socialist leader Jayaprakash Narayan in the mid 1970s, was a minister in Karpoori Thakur’s government in Bihar, and represented the Vaishali Lok Sabha seat five times in a row from 1996 to 2014.