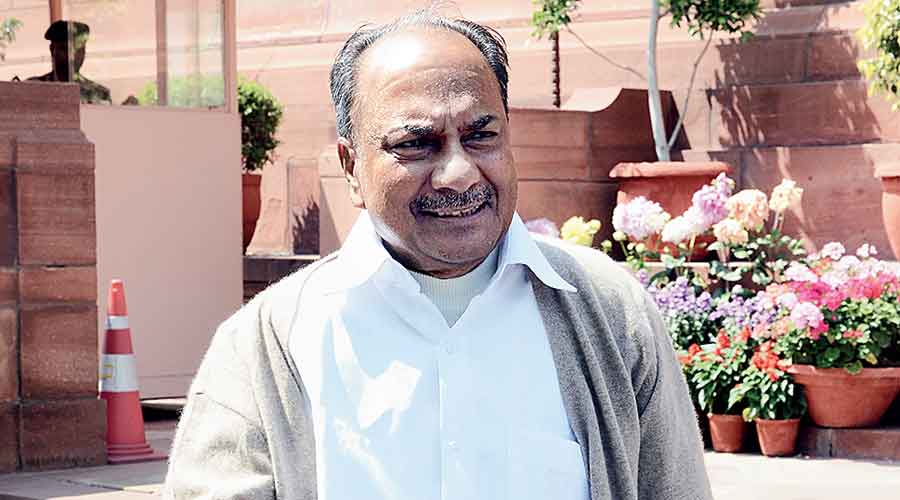 Former defence minister A.K. Antony on Monday expressed outrage at the attempts to bury the Rafale scam, arguing that the Narendra Modi government will not be able to escape accountability now.

Referring to the new revelations and start of investigations in France, the former defence minister said: “The subsequent series of events and documents placed in public record have now affirmed the stance of the Congress party about wrongdoing and corruption in the Rafale deal. What is, indeed, mysterious is the fact that despite 48 hours having lapsed, the Prime Minister and the defence minister have decided to maintain complete silence on ordering of investigation into the Rafale deal by the French Public Prosecution Services.”

Antony, who had stalled the deal during the Manmohan Singh government when the BJP raised suspicions about the existence of a middleman, said: “The simple question is why has the government chosen to remain mum? Why have the Prime Minister and the defence minister not come forward to react on the shocking and sensational development of a corruption probe in the Rafale deal by the Public Prosecution Services of France? Can the Modi government escape accountability for corruption allegations by its intriguing silence? Is it not the responsibility of the government to come forward and accept the truth?”

He added: “This is even more important as 36 aircraft are being purchased by the Modi government under an ‘inter-governmental agreement’ and one party to the agreement, that is, the French government, has proceeded to order an investigation through a judge. The only way forward is to accept accountability and order a free and fair JPC (joint parliamentary committee) probe into the entire set of facts, evidence and allegations of corruption in Rafale deal.”

Antony had raised serious questions about the deal, particularly the violation of laid-down procedures, in the past as well.

Arguing that corruption in the Rafale deal was prima facie apparent, Antony said: “The intriguing silence of the Modi government points towards mal-intent to hush up the corruption. The refusal of the BJP government to probe and punish the guilty is even more astonishing, pointing towards a concerted effort to bury the scam.”

Rahul Gandhi also posted on Twitter a video in which a journalist of the French news portal Mediapart is seen asserting that former President Fracois Hollande clearly said he had no choice in selecting Reliance as the partner, with this message, “Truth can’t be silenced. Unlike ‘Modia’.”

Antony recalled that Modi had unilaterally announced the purchase of 36 Rafale aircraft without going through any tender process in complete derogation of the “Defence Procurement Procedure” and said: “Every defence expert was shocked by this unilateral order which is India’s biggest defence deal. It was even more surprising because there was an ongoing negotiation for purchase of 126 Rafale aircraft in pursuance of an international tender, which envisaged 108 aircraft to be made in India by Hindustan Aeronautics Limited and 18 aircraft to be purchased in fly-away condition. This international tender for 126 aircraft also envisaged the all important ‘transfer of technology’ to India.”