One question that rattled many at the CWC meeting regarding the party’s stand on Jammu and Kashmir was: Why this debate? 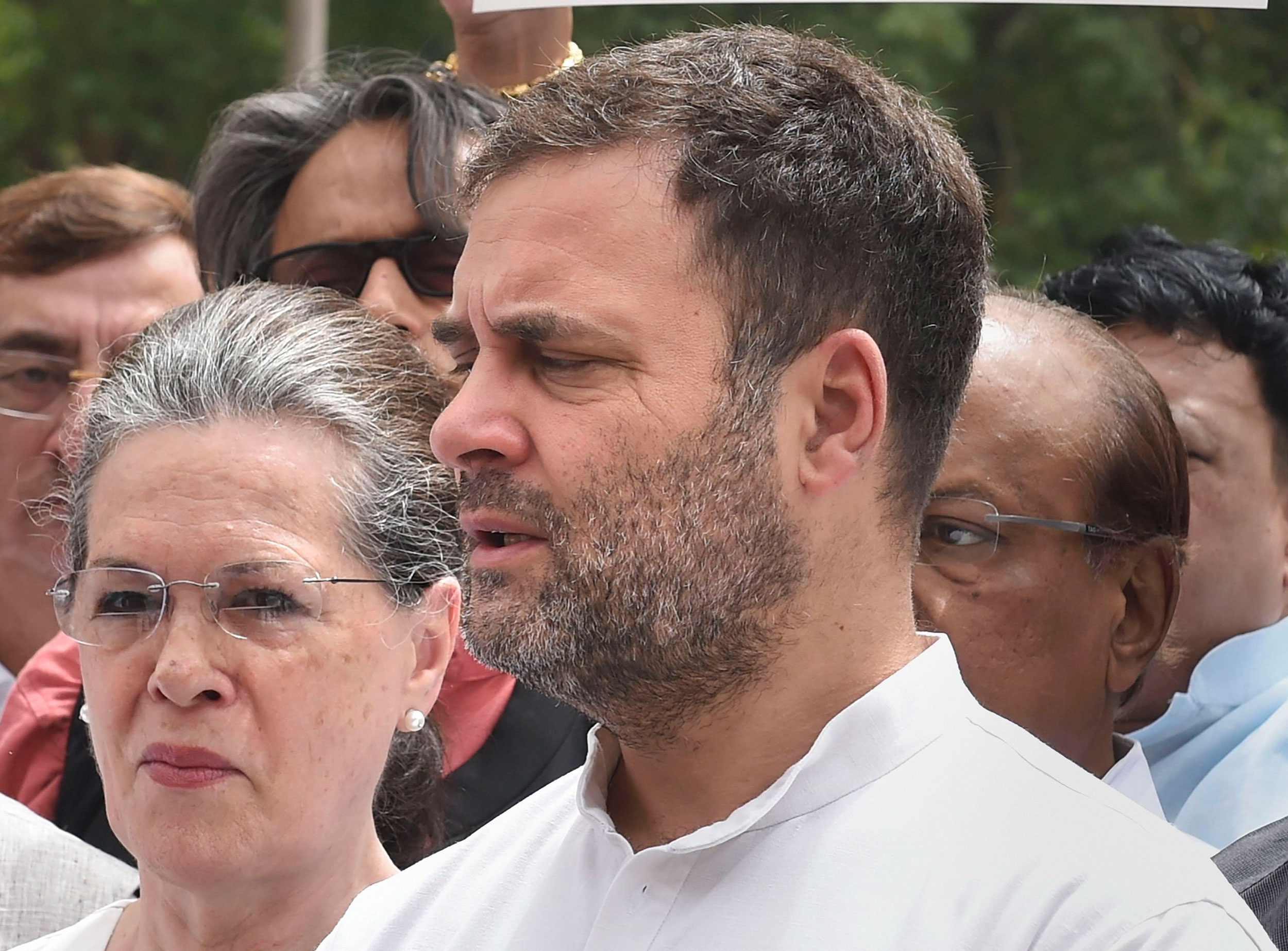 One question that rattled many at the Congress Working Committee meeting called to discuss the party’s stand on Jammu and Kashmir on Tuesday night was: Why this debate?

An anguished former Union minister, Kumari Selja, rued that contrarian views often erupted in the party even on core ideological issues and wondered if basic principles could wantonly be altered on electoral considerations.

“Why are we debating whether the Narendra Modi government’s sudden decision to (amend) Article 370 and reduce Kashmir to a Union Territory is right or wrong? Shouldn’t it be automatically clear to us?”

Selja was speaking against the backdrop of some younger leaders voicing the need to align with the public sentiment. A few of them, like Jyotiraditya Scindia, Deepender Hooda and Milind Deora, had already gone public, tweeting their support for the Centre’s decision.

Even at the meeting, they and other young leaders

like R.P.N. Singh and Jitin Prasada tried to defend their position, citing public pressure. They also referred to the “temporary” status of Article 370 in the Constitution.

Selja, who countered this position with the greatest clarity, said: “If a particular position doesn’t fetch us votes, should we abandon it? Don’t we know why the party’s stalwarts took that decision in the past?

“Why has nobody protested against the continuance of Article 370 within party forums in the last five years? Why has everything changed after the election results? Those who are tweeting now could have expressed their views before the BJP scrapped it.”

Sources quoted Selja as wondering whether one’s ideology could change after every poll setback and saying: “If I am left alone to stand with Congress ideology, I will prefer to stand alone.”

The frustration was understandable as a party that had promised barely three months ago to withdraw the Armed Forces Special Powers Act from Kashmir now seemed confused about opposing the forcible division of the state.

Veterans P. Chidambaram and Ghulam Nabi Azad explained the historical and constitutional position at the meeting, and also clearly articulated their concerns about ideological confusion and lack of conviction. They said the Congress had witnessed many ups and downs but its leadership had stuck to its ideology and now the younger generation should decide whether they want to do that or change under the abnormal pressures of political exigencies.

Priyanka Gandhi made a brief intervention, saying the Congress and the BJP were distinctly different ideological entities and the dividing line should not be allowed to blur.

Arguing that every Congressman has to work on the Congress agenda, she asked: “Can we embrace the wrong to win elections? We can only be committed to strengthen our own ideology, our own party.”

She accepted that the party faces a huge challenge but insisted that the solution was not ideological deviation.

Rahul Gandhi, who is believed to be friendly with the young brigade that was in doubt, demonstrated what one CWC member described as “amazing maturity and grace.” Rahul said he could see the difficulties and why varying viewpoints were coming up but asked the younger leaders if anybody supported the manner in which the Modi government enforced the decision without consultation and without following constitutional processes.

Accepting that Article 370 was a temporary provision, Rahul asked if removing it and dividing Jammu and Kashmir with such a crackdown when the state’s Assembly is dissolved should be appreciated. He referred to the federal spirit and to the political culture of bulldozing decisions, as opposed to a consensual approach, and asked if the Congress should back that.

Rahul also countered the theory of “equality between states”, asking why no one had any problem with restrictions in Nagaland, Arunachal Pradesh and Manipur. He pleaded with young leaders to see through the real intentions of the BJP.

The dissenters said they were in sync with the party line about the process, but claimed to be “victims of the BJP’s digital war”. They repeatedly cited the mood of the public and social media but offered no answer to the vital question: Should the Congress compromise with its core values under public pressure?

One senior member said: “The difference between the boys and the men was exposed yesterday. Rahul yet again proved why he is a leader and the others have to learn a lot. They crumbled under pressure. They got frightened by the public opinion on Article 370. Rahul established at the meeting that you don’t start saying wrong things if nobody listens to what is right. He admitted there was a perception battle and public pressure but insisted that the response should not be decided in panic.”