Who is the guarantor who is allowing such big bank frauds to occur, she asked on Twitter 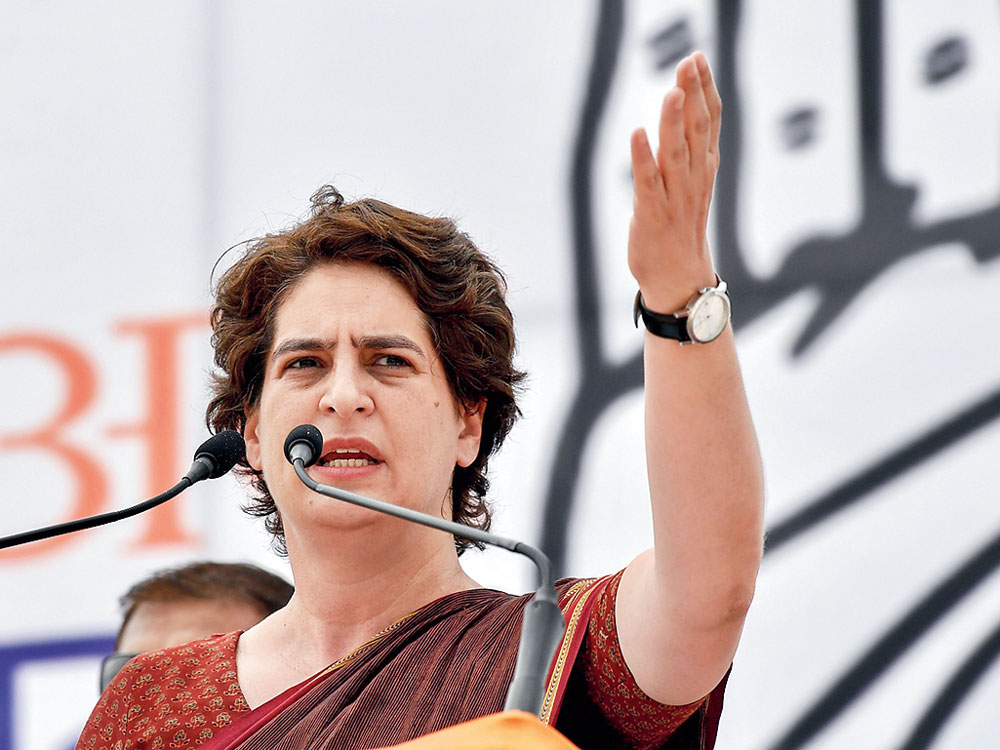 Congress leader Priyanka Gandhi Vadra attacked the government on Friday over an RBI report showing bank frauds had gone up by 15 per cent year-on-year in 2018-19, asking who was the guarantor allowing such 'big bank frauds'.

The number of cases of frauds reported by banks saw a jump of 15 per cent year-on-year basis in 2018-19, with the amount involved increasing by 73.8 per cent in the year, the Reserve Bank of India's annual report said.

'The number of cases of frauds reported by banks increased by 15 per cent in 2018-19 on a year-on-year basis, with the amount involved rising by 73.8 per cent, though mostly related to occurrences in earlier years,' the annual report said.

'The average lag between the date of occurrence and its detection by banks was 22 months. The average lag for large frauds, i.e. ₹1 billion and above, amounting to ₹522 billion reported during 2018-19, was 55 months. Among bank groups, PSBs, which constitute largest market share in bank lending, have accounted for the bulk of frauds reported in 2018-19,' the report added.

'The country's biggest banking institution RBI is saying that bank frauds are increasing right under the nose of the government. In 2018-19, this theft has increased,' Priyanka said in a tweet in Hindi. 'Banks have been duped of Rs 72,000 crore. But, who is the guarantor who is allowing such big bank frauds to occur,' the Congress general secretary asked in Hindi.

Congress chief spokesperson Randeep Surjewala also hit out at the government over the rising number of bank frauds.

''Loot & Scoot' in 'New India' as a complicit BJP govt looks the other way and common man is taxed!' he said.