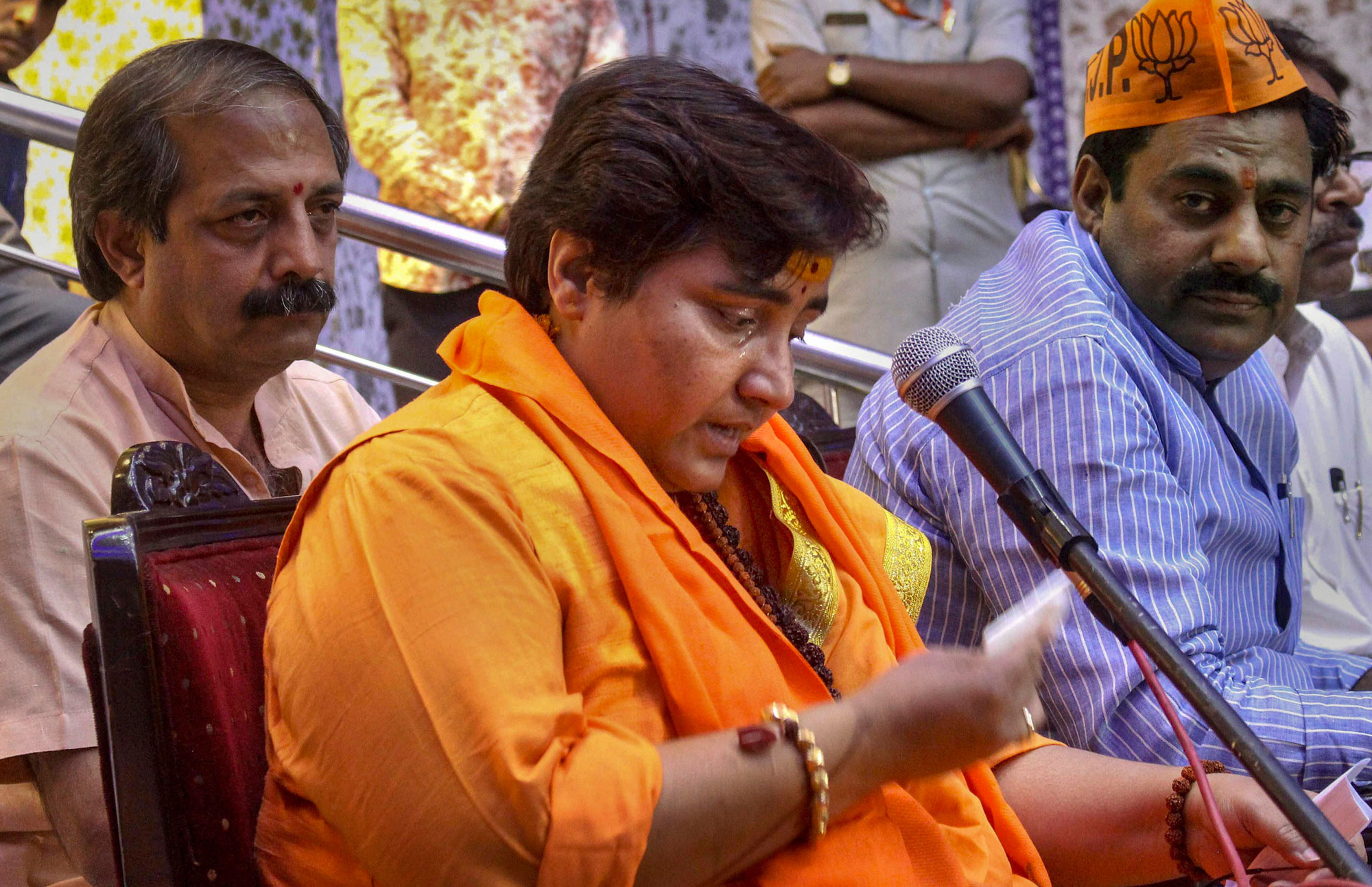 The BJP’s move to field Malegaon blast accused Pragya Singh Thakur from the prestigious Bhopal Lok Sabha seat is aimed at sharpening “Hindu consolidation” by drawing the Opposition into the trap of launching an attack, party insiders said on Thursday.

They said Wednesday’s announcement of Pragya’s candidature had been carefully timed — the eve of the election’s second leg — based on feedback from the Rashtriya Swayamsevak Sangh and party managers on the ground and suggestions that the development card might not work.

The BJP, the sources added, was confident the decision would trigger a hue and cry from the Opposition, particularly the Congress, and generate a “pro-Hindu” surge in favour of the saffron party during Thursday’s vote and in the remaining phases.

The Congress, however, appeared to have sensed the game plan. Apart from a tweet by party veteran Digvijaya Singh, Pragya’s rival in Bhopal, and that too far from an attack, the Congress has so far been cold to the move to field the saffron-robed terror case accused now out on bail.

The September 2008 blast in the communally sensitive Maharashtra town had left six people dead and over a hundred injured.

“Hindu consolidation is there but not strong enough like 2014,” the functionary added, pointing out that ground reports from the first phase of polling last week had suggested a lack of enthusiasm among “Hindu voters”.

The BJP’s assessment is almost similar, the party insiders said, adding the party needed a stronger momentum to surge past the halfway mark of 272 — or reach the majority mark on its own as it had in 2014.

The BJP has been highlighting the post-Pulwama air strikes on Pakistan to project a muscular brand of nationalism and the Prime Minister as a “muscular leader”. The strategy had appeared to succeed on the ground with feedback suggesting a surge in favour of Modi, party leaders said. But the momentum seemed to have ebbed by the time the election got under way.

So foot soldiers of the RSS and the BJP have been running an under-the-radar campaign telling voters that if Modi loses, it would be a defeat for Hindus — basically an attempt to deflect attention from economic woes and failures on the development front.

“There is a realisation among a large section of Hindus that Modi’s defeat would be a blow to Hindu pride but the feeling is not wide and strong enough,” an RSS leader said.

The BJP, led by Modi, had earlier sought to exploit last month’s acquittal of Aseemanand, a saffron-clad preacher, in the Samjhauta Express blast case as a victory for Hindus, with the Prime Minister slamming the Congress for denigrating “peace-loving Hindus” and using the term “Hindu terror”.

The party, however, found that the issue did not generate enough buzz; hence the move to field Pragya, who uses the honorific “Sadhvi”.