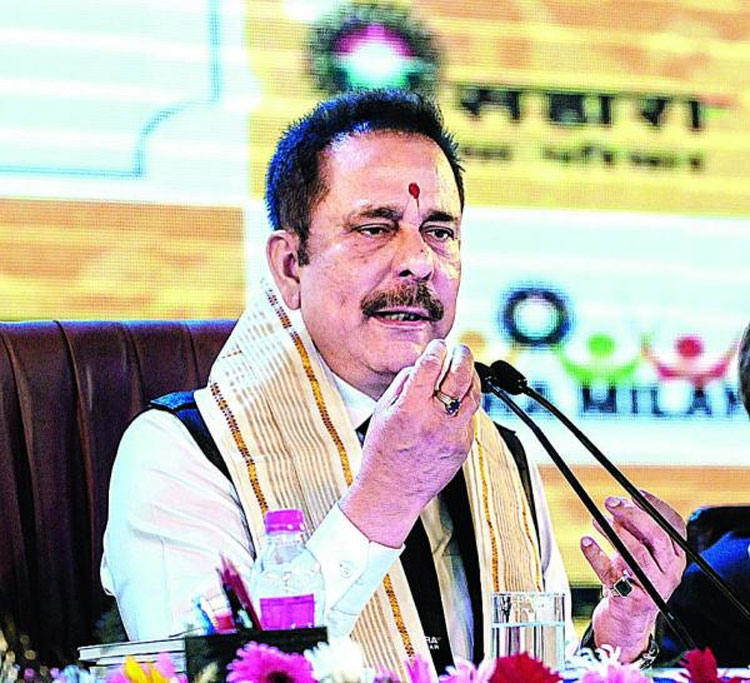 Trinamul MP Sudip Bandyopadhyay said that even though his party supports the bill, Ponzi cases like Sahara, headed by Subrata Roy, were not being investigated properly.
The Telegraph file picture
PTI   |   New Delhi   |   Published 13.02.19, 10:17 AM

The Lok Sabha on Wednesday passed a bill to protect gullible investors from Ponzi schemes, with finance minister Piyush Goyal saying the government will ensure that no loophole is left while framing rules.

The Banning of Unregulated Deposit Schemes Bill, 2018, seeks to put in place a mechanism by which such depositors can be compensated. It has incorporated recommendations of the Standing Committee on Finance.

Replying to a discussion on the bill, Goyal said that out of the total 978 cases of unauthorised deposit schemes, 326 are from Bengal, which is more than one-third of the total such schemes.

“The government has worked quickly to put an end to such unauthorised deposit schemes. We have ensured that no loopholes are left by using great legal acumen while drafting the bill. I want to assure the House that while drafting the rules, we will ensure there is no loophole,” Goyal said.

The bill, which was introduced in the House on Tuesday, seeks to plug loopholes which allow Ponzi schemes to target small investors.

The bill was passed on Wednesday — the last day of the budget session — by a voice vote after a short discussion.

The government expects the bill will effectively tackle the menace of illicit deposit-taking activities, and prevent such schemes from duping the poor and gullible people of their hard-earned savings.

The bill was initially introduced in Parliament on July 18, 2018, and was referred to the Standing Committee on Finance.

Sudip Bandyopadhyay (Trinamul) said that even though party supports the bill, Ponzi cases like Sahara were not being investigated properly. He also suggested that the government should ban the use of the term “chit fund”.