A Congress veteran said on Sunday that the Karnataka polls were crucially important in the context of the next general election, at least in the province of "optics and perception". 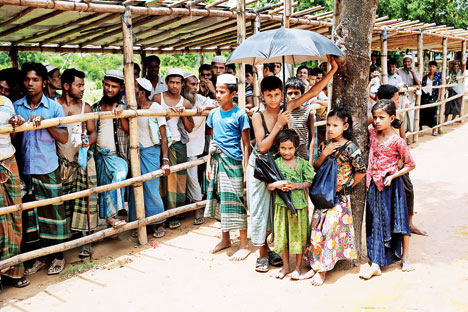 New Delhi: A Congress veteran said on Sunday that the Karnataka polls were crucially important in the context of the next general election, at least in the province of "optics and perception".

"We are anyway going to defeat the BJP in Madhya Pradesh and Rajasthan. If we win Karnataka, that task will become easier," he said.

"If the BJP wins Karnataka, it will have a huge meaning for them. Apart from securing an entry into the south, they will receive a morale booster before the Madhya Pradesh and Rajasthan polls."

Congress sources laughed off the suggestion that a defeat in Karnataka would hang a question mark over Rahul Gandhi's leadership.

They said Rahul's supremacy faced no challenge from within and that the entire party accepted that he had led from the front and marshalled a vigorous campaign.

But they conceded that a BJP victory in a big state like Karnataka would hit the Congress's morale and might prompt Prime Minister Narendra Modi to advance the general election, due next summer.

Congress sources also rushed to quell any talk of chief minister P.C. Siddaramaiah being replaced in the post by a Dalit leader if the party retained power.

Questioned about this, former Union minister Veerappa Moily told The Telegraph that Siddaramaiah had made the remark "because he was being pressured".

"If you ask him, 'Will you allow a Dalit chief minister (to assume office) if the high command so desires', what can he say? He is our leader and will be the chief minister," Moily said.#While talking to reporters, Siddaramaiah had also asserted that this "will be my last election", a PTI report said.

He insisted that the Congress would retain its majority and ruled out any tie-up with the Janata Dal Secular, led by former Prime Minister H.D. Deve Gowda.

Siddaramaiah dismissed the exit poll predictions of a fractured verdict and poked fun at the idea of the "poll of polls" - an attempt to seek clarity by averaging the findings of the various exit polls.

"Exit opinion polls are entertainment for the next 2 days. Relying on poll of polls is like a person who can't swim crossing a river on foot relying on a statistician who told him the average depth of the river is 4 feet. Please note average of 6+4+2 is 4. At 6 feet you drown (sic)," he tweeted.

"So, dear party workers, supporters & well wishers, don't worry about exit polls. Relax & enjoy your weekend. We are coming back."

BJP chief ministerial candidate B.S. Yeddyurappa, on the other hand, offered to "give it in writing" that his party would win the election with 125 to 130 seats, PTI added.

"I have been in Karnataka politics for a long time.... I will give it in writing that the BJP will win an absolute majority," he told reporters.

"We expect to win 125-130 seats. The Congress will not cross 70 and the JDS will not cross 24-25. These are my figures. My calculations have never gone wrong in my political career."

Yeddyurappa claimed there had been a strong wave in the BJP's favour because of public anger at Siddaramaiah and the Congress.