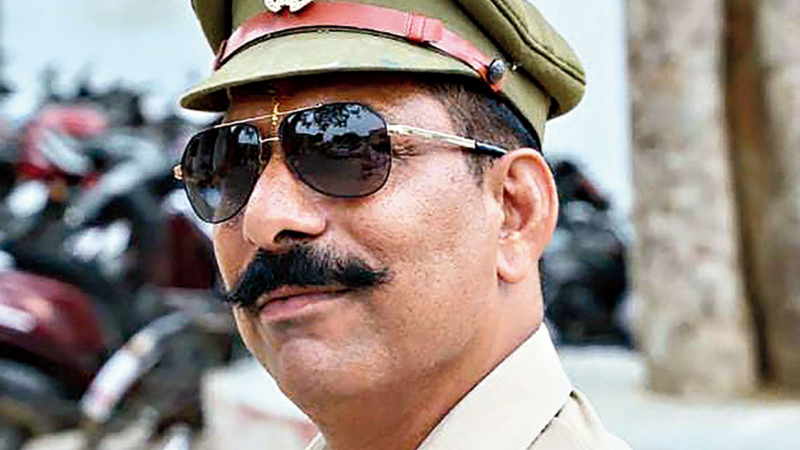 Uttar Pradesh police’s probe into the Bulandshahr violence and eye-witness accounts have pointed to a conspiracy by some Right-wing organisations led by absconding Bajrang Dal leader Yogesh Raj to spark communal violence.

The December 3 violence following the discovery of cow carcasses in a field led to the deaths of police inspector Subodh Kumar Singh and college student Sumit Kumar Singh.

Some police officers, speaking on the condition of anonymity, accused local politicians of sheltering and protecting the 22 accused in Bulandshahr. Yogesh, the Bajrang Dal district convenor, is named in the FIR as the main accused in the twin murders.

“The preliminary probe by a special investigation team has revealed that it was a pre-planned conspiracy by some Right-wing organisations with the motive of stoking communal tension on the pretext of cow slaughter,” a senior Uttar Pradesh police officer told The Telegraph.

The police, he said, were looking for Yogesh.

“We have received information that he is being protected and given shelter by local politicians. He is shuttling between Delhi and Bulandshahr. We have not been able to arrest him yet,” the officer said, adding that most of the accused people enjoyed political patronage.

“This is making the job of the investigators more difficult,” he said.

Uttar Pradesh director-general of police O.P. Singh was not available for comment. “Sir is in Agra and is very busy,” said one of his aides who picked up the phone.

The police had earlier arrested an army jawan, Jitendra Malik aka Jeetu Fauzi, whose name also figures in the FIR.

Sources said the SIT probe pointed to the possibility of a “political conspiracy” behind the violence.

“The circumstances that led to the violence point to a larger political conspiracy. The timing is suspicious as it coincided with the last day of the Ijtema (religious congregation) in Bulandshahr,” a police officer said.

The investigators, he said, were also focusing on people who were directly or indirectly involved in cow slaughter. The police have issued notices to all the accused to surrender.

“If they don’t surrender by this week, we will move court seeking permission to attach their properties,” the officer said.

The sequence of the violence captured in videos suggests that the “conspirators” had come with a design to attack policemen, the officer said. “They did not listen to the pleas of the police, including the inspector, and incited the violent crowd to hurl stones at cops,” he said.

A senior IPS officer said the Bulandshahr violence was apparently a conspiracy to vitiate the atmosphere to polarise voters along communal lines ahead of the 2019 Lok Sabha elections.

“It is heartening to see that the voters have rejected the politics of hate in the recently concluded Assembly elections in Rajasthan Madhya Pradesh and Chhattisgarh,” he said.