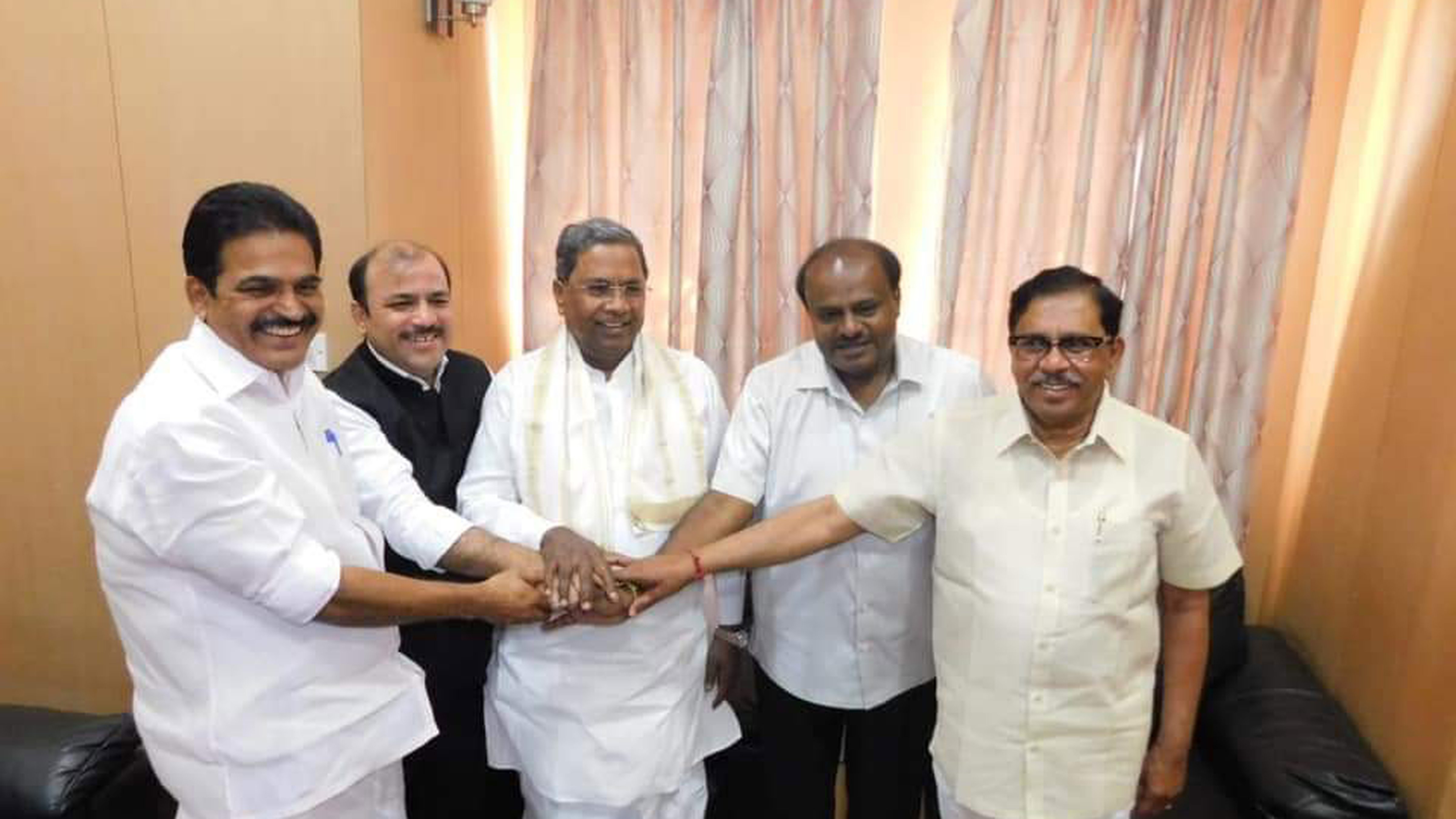 Police have booked former chief ministers Siddaramaiah and H. D. Kumaraswamy along with former Bengaluru police commissioner T. Sunil Kumar, his subordinates and some Congress and JD(S) leaders on sedition charges for protesting against income tax raids during the Lok Sabha polls.

Based on a complaint by activist Mallikarjuna A., a city court recently directed the commercial street police to register a case under various sections of the IPC including criminal conspiracy and attempting or abetting waging war against the government of India, police said.

The case relates to protests near the I-T office in Bengaluru by the leaders, including the then chief minister H. D. Kumaraswamy, against the I-T raids at the residence of Congress and JD(S) leaders.

The charges are that Kumaraswamy had informed the public about possible raids after getting inputs about the action.

Kumaraswamy had told the media on March 27 that there was every likelihood of raids as a large number of central security forces had arrived at Kempegowda International Airport (KIA).

His apprehensions came true the next day as the forces fanned out to different parts of the state.

Later, a massive demonstration was conducted at the income tax office.

Other prominent people, who have been booked, include then deputy chief minister G. Parameshwara, Congress leader D. K. Shivakumar, party state chief Dinesh Gundu Rao, the then deputy commissioners of police Rahul Kumar, D Devaraju and all election officers. T. Sunil Kumar, who was the police commissioner when the raids took place, has also been booked.

Shivaakumar reacted to the sedition charges and said that all the cases were politically motivated and he will fight it politically.

' We did not enter the income tax office. We stood 150 metres away and raised slogans,' he added.