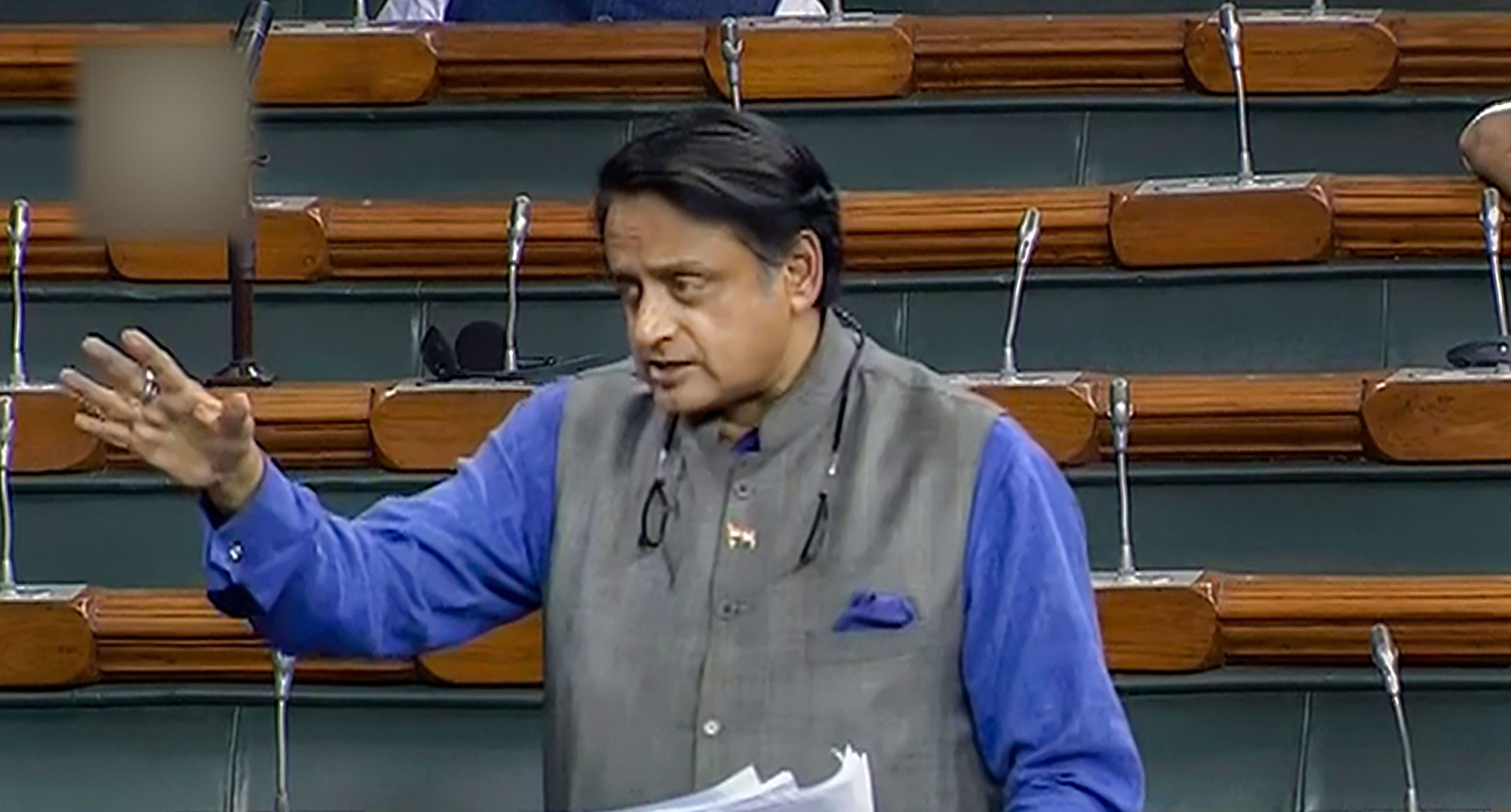 The Opposition on Wednesday attacked the central government in Lok Sabha over the slowdown in the economy, which has hit a six-year low of 4.5 per cent during the second quarter of the current fiscal.

Many Opposition members expressed concern over slippages on the fiscal front.

Participating in the debate on Supplementary Demands for Grants, Congress MP Shashi Tharoor said that the manufacturing growth has come down to the average of 3 per cent in the last five years.

Automobile is one of most affected segments, he said, adding it has posted worst figures in the last two decades.

Besides, he said, the consumer spending has also come down.

'We have seen decline in consumption... including of essential food items,' he said.

He said that the Centre has a 'dismal record of budgetary failure' and in the present scenario there is a possibility of fiscal slippages.

The government revised the fiscal deficit target to 3.3 per cent, he said, adding every year the government made commitments and failed to meet them.

'You will see slippages in fiscal deficit this year,' he said.

He also asked about the government's roadmap for its vision of making India a USD five trillion economy.

During the debate, Vinayak Raut (Shiv Sena) said unemployment is on the rise, the farmers are in distress and traders are unhappy.

He claimed that the Mudra scheme to provide loans to marginal sections of the society has the maximum number of non performing assets.

Raut said people should benefit from such schemes and they should not remain on paper.

Shiv Sena recently broke ranks with the NDA to form a government in Maharashtra with the support of the Nationalist Congress Party and the Congress.

D.N.V. Senthilkumar S (DMK) said there is a need to increase funds for Members of Parliament Local Area Development Scheme (MPLADS) to better serve the people.

His view was supported by other members from the Opposition as well as the ruling side.

The first batch of Supplementary Demands for Grants seeks Parliament approval for additional spending of Rs 21,246.16 crore, including over Rs 8,820 crore in the newly-formed union territories of Jammu and Kashmir and Ladakh in the current fiscal ending March 2020.

The total cash outgo will be about Rs 19,000 crore. The government has sought Rs 8,820.62 crore as grants for union territories of Jammu and Kashmir and Ladakh in lieu of the erstwhile state's share of 14th Finance Commission Award.