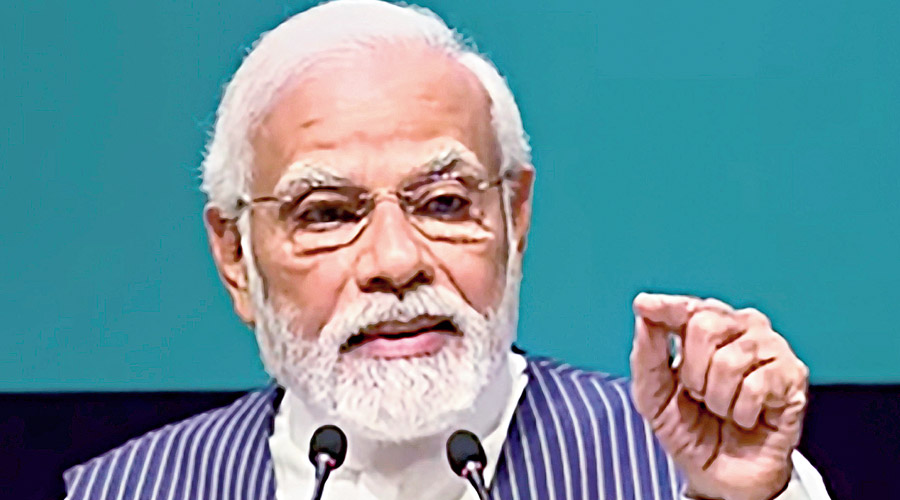 The Opposition on Tuesday backed the Modi government’s policy of “non-interference’’ in Sri Lanka’s politics while extending a helping hand but pushed back hard when the Centre tried to use Colombo’s increasing debt-to-GDP ratio to pick on state governments for following a similar trajectory.

This made many an Opposition leader suspect that the all-party meeting — called suo motu by the government to discuss the evolving situation in Sri Lanka — had the hidden agenda of running down state spending in social sectors, given that it comes close on the heels of Prime Minister Narendra Modi launching a broadside on “freebies’’.

When economic affairs secretary Ajay Seth sought to give a presentation listing the off-budget borrowings, committed expenditure to revenue receipt, power dues and outstanding guarantees of various states – including Telangana, Andhra Pradesh and Tamil Nadu – the regional parties in one voice opposed this.

The meeting on Lanka was not the forum for making such a case, they said. Besides, if this line of argument is to be extended as a lesson to learn from Sri Lanka, then the union government should also provide its debt-to-revenue ratio, they added.

“The economic affairs secretary said there are states in India where the expenditure was running high with high borrowing,’’ Saugata Roy of the Trinamul Congress told The Telegraph, adding that several parties opposed the effort to use the Sri Lankan example to criticise state governments.

Binoy Viswam of the CPI tweeted: “Unfortunate that government diluted the meeting on Sri Lanka. There was no need to mix up Indian states' debt data there. They were keen to hide the national fiscal crisis. Lessons from Sri lanka is important for India. Majority in Parliament is not a blank cheque. People are great.’’

Unfortunate that government diluted the meeting on Sri Lanka.There was no need to mix up Indian states'debt data there.They were keen to hide the national fiscal crisis.Lessons from Sri lanka is important for India. Majority in Parliament is not a blank cheque. People are great.

According to Asaduddin Owaisi,  he had asked external affairs minister S. Jaishankar a series of questions for which he got a categorical response to only one --  whether India had facilitated ousted President Gotabaya Rajapaksa’s transit to Maldives. Jaishankar, he said, denied any role.

In his presentation, Jaishankar also dwelt extensively on the economic crisis. "Though he did not name China, his power point presentation highlighted the Chinese component in Sri Lanka’s `debt stock’; pointing out in bold font that it was 10 per cent,’’ said CPM MP Elamaram Kareem.

The focus of the briefing was so much on economics that former Finance Minister P. Chidambaram is said to have pointed out that there are other dimensions to the crisis and asked for details on the political and humanitarian aspects.

Jaishankar said Sri Lanka is a sovereign country and India will not interfere in its internal politics; a stand that found support in the Opposition including the Tamil-based parties who expressed concern about the delay in settling the Tamil question and also the implementation of the 13th amendment in the island nation.