Not ready for peace with India till Kashmir issue is resolved: Pakistan foreign minister

He welcomed Trump's 'repeated' effort to mediate in settling the dispute 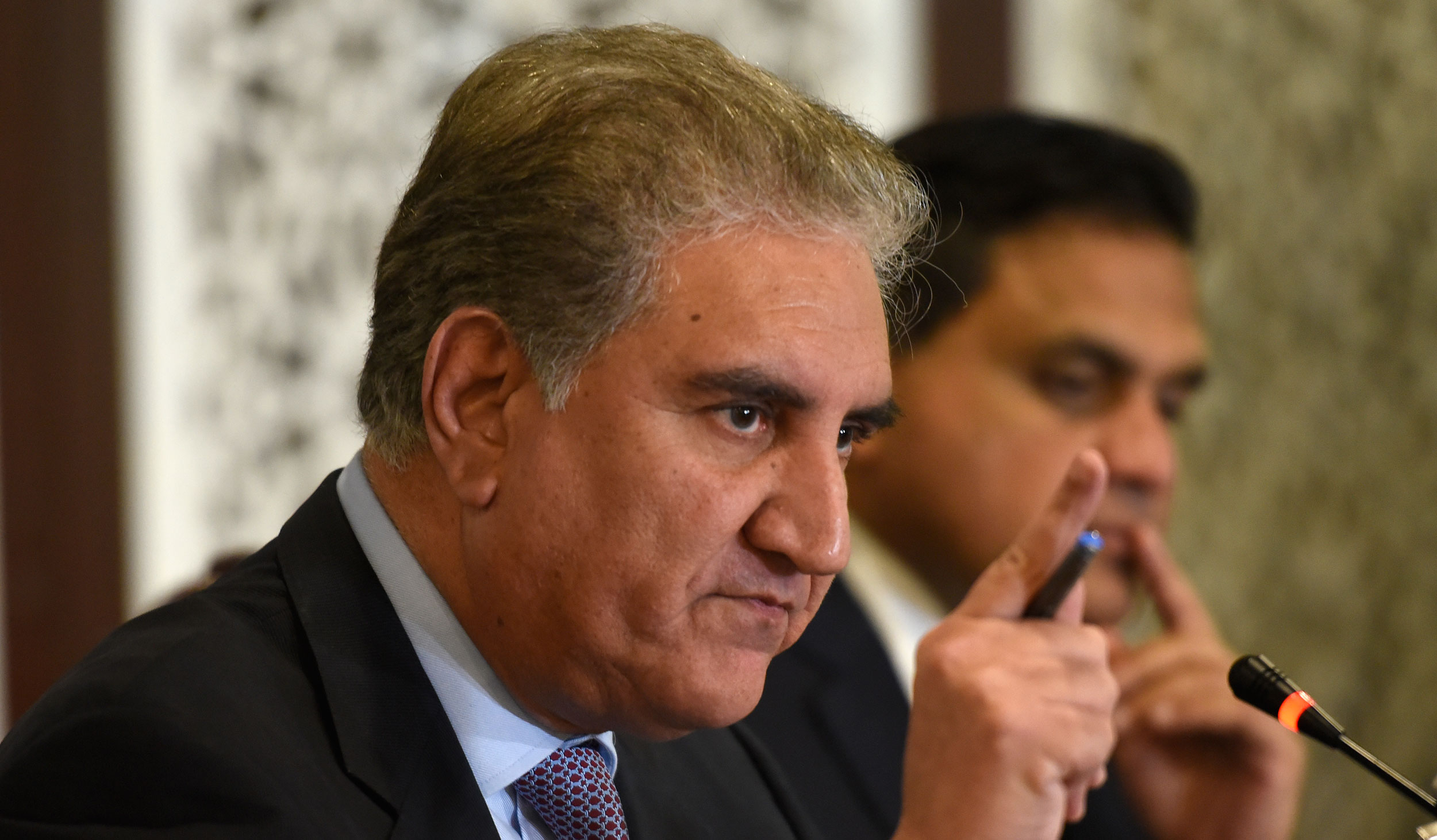 Pakistani foreign minister Shah Mehmood Qureshi alleged that instead of fighting poverty and hunger together, the "RSS-inspired BJP government has embarked upon the project of turning India into a Hindu Rashtra".
(AP)
PTI   |   Washington   |   Published 17.01.20, 06:27 AM

Pakistan is not prepared to pay any price for peace with India and certainly not without resolving the Kashmir issue in a just manner, foreign minister Shah Mahmood Qureshi has said.

Addressing the Center for Strategic and International Studies (CSIS) think-tank in Washington on Thursday, Qureshi reiterated Pakistan's demand that US President Donald Trump should mediate to resolve the Kashmir issue.

Ties between India and Pakistan came under severe strain after New Delhi revoked Jammu and Kashmir's special status granted under Article 370 and bifurcated it into two Union Territories on August 5, evoking strong reactions from Islamabad.

Pakistan has been trying to rally international support against India on the issue.

'Our government wants peace in the neighbourhood. We want, we need peace in order to focus on achieving our domestic agenda for economic reform and development. But we are not prepared to pay any price for peace with India, certainly not our dignity and certainly not without resolving the Kashmir dispute in a just manner,' Qureshi said.

He alleged that instead of fighting poverty and hunger together, the 'RSS-inspired BJP government has embarked upon the project of turning India into a Hindu Rashtra'.

'The adherence of Hindutva and an Akhand Bharat have established this ascendancy with disastrous consequences for all in India and the world to see,' he alleged.

Qureshi said India on August 5 tried to change the 'disputed status' of Jammu and Kashmir and 'alter' its demographic structure, breaking all relevant international laws and 'violating' several UN Security Council resolutions in the process.

India has been seeking to break the will of the Kashmiri people by imprisoning them in their homes and imposing a communications blockade that continues to this day, he said.

'Indian narrative that Kashmir is India's internal part is firmly refuted by its being on the Security Council agenda. If this were not the case, why would the French President raise it with the Indian Prime Minister?' he asked.

'We know that President Trump is profoundly worried by the Kashmir situation and we welcome his repeated offers of mediation in resolving the Kashmir dispute. The United States alone commands the moral authority and respect in south Asia to resolve the longest pending dispute on the UN agenda,' he said.

'We hope President Trump is successful in realising his goal and can make a lasting contribution to substantial peace in South Asia. That could be his enduring legacy,' Qureshi said.

Although President Trump has offered to mediate on the Kashmir issue in the past, New Delhi has told Washington that it is a bilateral matter between India and Pakistan and there is no scope for any third-party mediation.

On the sidelines of the G7 summit in the French town of Biarritz in August last year, Prime Minister Narendra Modi, while interacting with the media alongside President Trump, categorically rejected any scope for third party mediation between India and Pakistan on Kashmir, saying the two countries can discuss and resolve all issues bilaterally and 'we don't want to trouble any third country'.

On a two-day visit to Washington DC, Qureshi is scheduled to meet secretary of state Mike Pompeo and US national security advisor Robert O'Brien on Friday. On Thursday, he met lawmakers at the US Capitol.

In his speech, Qureshi referred to the recent arrest of an Indian police officer and joined the conspiracy theory about terrorist attacks in India.

'Meanwhile, we all followed reports of capture of Indian police officer, Davinder Singh, whose footprint is now being seen in some major terrorist attack, which India itself orchestrated and blamed on Pakistan,' said Qureshi.

'We have been consistently warning the world community about another false flag operation against Pakistan that Davinder Singh was accompanied by two militants on his way to Delhi in close proximity to Republic Day celebrations should not be lost on anyone,' the minister said.

Qureshi said that the passage of the Citizenship (Amendment) Act and the National Register of Citizens were raising fundamental questions about the ideals like democracy and secularism that India's founding father passionately advocated.

He said that every other day, military officials or politicians from India make veiled threats against Pakistan.