Nitish hits back at Pavan 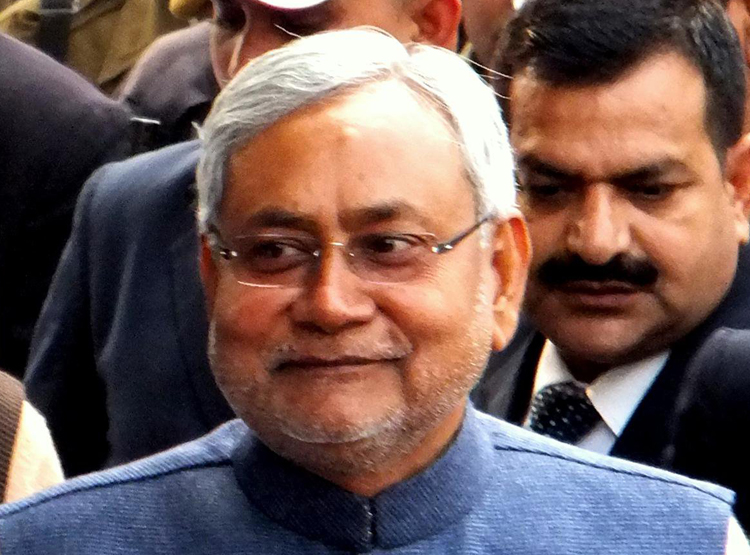 Janata Dal United chief Nitish Kumar on Thursday said party general secretary Pavan K. Varma “can go wherever he wants to”, breaking his silence on his colleague’s open letter that had questioned the JDU’s tie-up with the BJP for the Delhi elections.

A defiant Varma said leaving was an “option” but he would wait for Nitish’s response to his letter, as an ideological clash seemed imminent within Bihar’s ruling party.

Nitish said the JDU’s stand on issues has always been clear. “His (Varma’s) statements are not the party’s statements. He is a scholar and we respect him even if he does not respect us. This is his decision. He can go wherever he wants to, I have no objection with it…,” the Bihar chief minister said.

“Our party’s stand on various issues is always clear. We are never in any confusion on them. People should discuss if they have any issue in their mind. If necessary they could take it up at party meetings. Making such statements is unacceptable.

“He (Varma) has made statements about what I used to talk with him. Will I ever say what he used to tell? Is this the way? Still, I have the feeling of honour and respect towards him. He should go wherever he likes. My best wishes are with him.”

Nitish was responding to questions from reporters on the sidelines of a state event in Patna to celebrate the birth anniversary of Netaji Subhas Chandra Bose.

Varma had in his letter to Nitish said the chief minister had confessed to him that the BJP, the JDU’s ruling partner in Bihar, was leading the country into a “dangerous space” and how the party’s current leadership had “humiliated” him.

The claims in the letter, written on Tuesday, came at a time some allies are tormenting the BJP over the new citizenship matrix.

In the letter, Varma, who is also the JDU’s national spokesperson, cited the purported private confession to question Nitish’s decision to strike an electoral tie-up for the February 8 polls in Delhi.

“If these are your real views, I fail to understand how the JDU is now extending its alliance with the BJP beyond Bihar, when even longstanding allies of the BJP, like the Akali Dal, have refused to do so,” Varma said.

The JDU is contesting two seats in Delhi, replacing in a way the Akali Dal as the BJP’s partner.

On Thursday, Varma said he didn’t want to hurt Nitish and his only intention was to make clear that an ideology-driven party like the JDU should have clarity on issues before taking decisions.

“For instance, we have said no to the National Register of Citizens (NRC), but have supported the Citizenship (Amendment) Act. The BJP says that the CAA and NRC are hyphenated and NRC will follow CAA, and will be implemented across the country. So JDU which derives ideological inspirations from great leaders like Mahatma Gandhi, Jayaprakash Narayan and Ram Manohar Lohia must clarify its position on many subjects,” Varma said.

The JDU had voted in support of the CAA in both Houses of Parliament. Nitish later rejected the NRC but the state government has already notified the National Population Register, expected to be implemented in April and May.

JDU sources said Varma had little option but to quit after Nitish’s angry retort. “(Leaving) is an option that everyone has and I know it,” Varma said. “But I would decide what to do after I get a reply to my letter.”

Nitish’s response was also seen in party circles as a signal to another JDU leader. Prashant Kishor, a political strategist considered close to Nitish, has not only opposed the decision to back the CAA but also taken on the BJP leadership on the issue. A JDU source said the BJP could put pressure on Nitish to rein in Kishor.

The Opposition in Bihar seized the chance to taunt Nitish. “Nitish has come out in the open that he is a committed BJP supporter and has worked to expand and strengthen it in Bihar,” Congress MLC Prem Chandra Mishra said. “It’s another matter that a few years ago he had said that he would prefer to turn into dust than shake hands with the BJP. Opportunists and politically uncommitted people are ruling here. When people like Varma speak the truth, harsh reactions are quite natural.”

Mishra predicted the JDU would break up and claimed its leaders were already in touch with other parties.

Rashtriya Janata Dal spokesperson Mritunjay Tiwary said dissent in the JDU was coming to the fore over the way it was “towing the line of the BJP on everything just because its leader wanted to remain in power at the cost of ideology and communal harmony”.