Nadda reviews strategy with party functionaries from 40 constituencies in UP 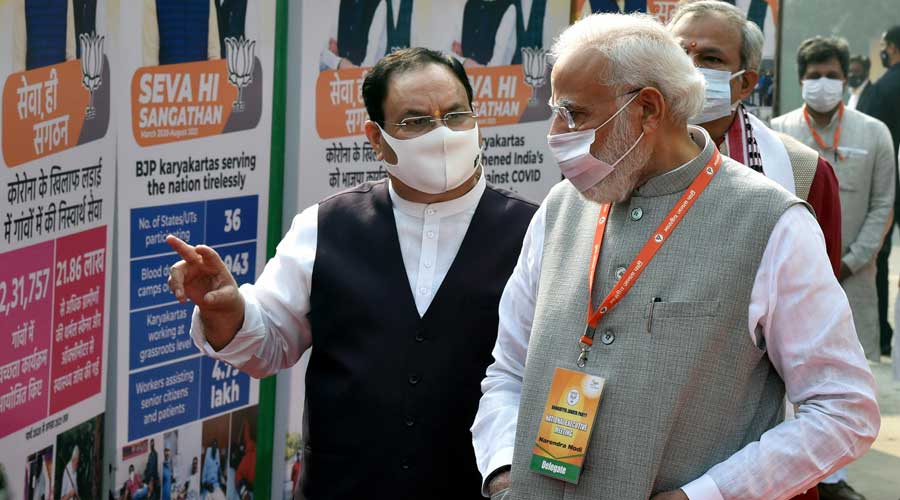 BJP national president JP Nadda on Friday held a review meeting with office-bearers of the 40 constituencies in Agra's Braj region and discussed key issues in the run-up to the upcoming Assembly elections in the state.

Nadda held two rounds of meeting one with the party's functionaries from 20 Assembly constituencies located in Agra, Fatehpur Sikri, Mathura and Firozabad and the second with those in-charge of the 20 constituencies in Aligarh, Hathras, Etah and Mainpuri.

Poor weather conditions prompted the BJP chief to travel via road. He performed a puja' at the Rajeshwar Mahadev Temple here, after which he proceeded to the meeting venue.