Modi to be chief guest at AMU centenary

The programme, where education minister Ramesh Pokhriyal will also be present, will be held online in view of the Covid-19 pandemic 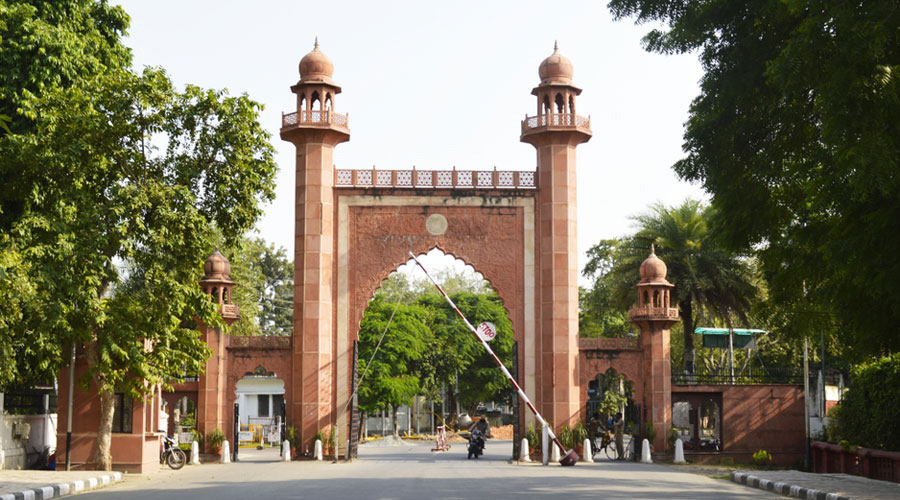 Prime Minister Narendra Modi will be the chief guest at the centenary celebrations on December 22 of Aligarh Muslim University, where police had brutalised students protesting against the Centre’s new citizenship regime last year.

The programme, where education minister Ramesh Pokhriyal will also be present, will be held online in view of the Covid-19 pandemic.

Tariq Mansoor, the vice-chancellor of AMU, told reporters: “The Prime Minister has accepted our request to address the opening function on December 22. Minister of education Ramesh Pokhriyal will also attend the event. It will send a good message to the members of AMU living across the world.”

“We hope to develop the university so that its students keep growing in their endeavours. Every person should rise above party politics and attend the programme,” he added.
“The outreach of the university during this historical year will also immensely help in its growth and development, and in the placement of our students in private and public sectors,” Prof. Mansoor said.

He appealed to the university community to put in all efforts to make the event a success and requested staff members, students, alumni and AMU well-wishers for their active participation.
Earlier this month, the university had announced that President Ram Nath Kovind was expected to be the chief guest at the centenary celebrations. The change of chief guest appears to be a last-minute move, AMU sources said.

The students are yet to officially react to the choice of chief guest. A former union leader said on condition of anonymity that they did not agree in principle to inviting Modi to the event.

AMU students have been opposed to several of the Modi government’s decisions, including the abrogation of Jammu and Kashmir’s special status.

The university had also witnessed protests against the Citizenship Amendment Act. In December last year, police and paramilitary forces had barged into the campus and assaulted protesting students, including inside the library. Many students had suffered injuries. The security forces had also been accused of firing tear gas, rubber bullets and stun grenades.

Students had organised a dharna for many days against the VC for allowing the police to enter the campus.

Shafey Kidwai, the chairman of the mass communication department of AMU, told The Telegraph over the phone on Thursday that the Prime Minister would also launch a postal stamp to commemorate the beginning of the centenary year.

“The PM has given his consent to attend the programme. It would be a year-long celebration in which the President will participate sometime in March next year,” Kidwai said.