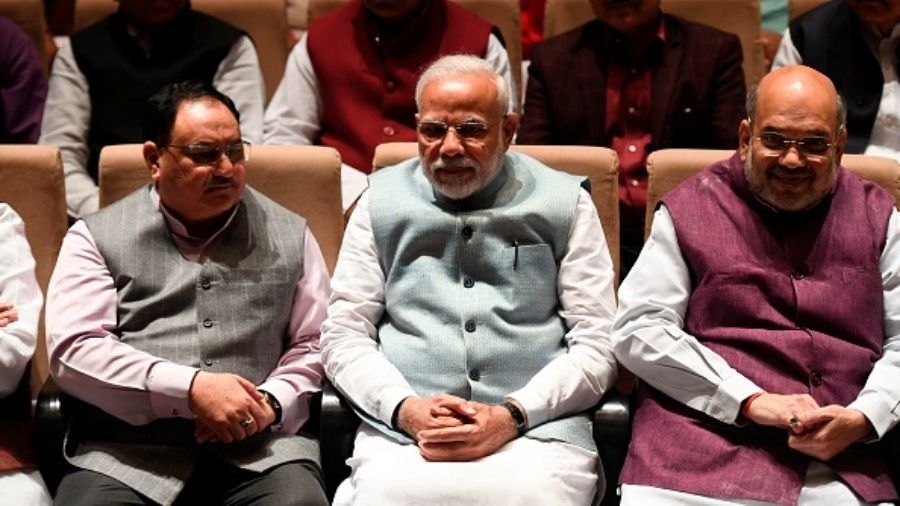 Prime Minister Narendra Modi has been holding in-person meetings with Union ministers in different groups apparently to take stock of the work done by them in the past two years and amid a buzz of a possible Cabinet expansion, sources said on Friday.

Three such meetings have been held so far at 7, Lok Kalyan Marg, the official residence of the prime minister, which was also attended by BJP president J P Nadda and Union Home Minister Amit Shah.

Almost all meetings lasted for more than five hours, the sources said.

These meetings were called after the second wave of Covid-19.

A presentation was also given by several ministers, the sources said.

So far, ministers -- both cabinet and their deputies -- holding the charge of agriculture, rural development, animal husbandry and fishing, tribal affairs, urban development, culture, statistics and programme implementation, civil aviation, railways, food and consumer affairs, jal shakti, petroleum, steel and environment were among those who were called for the meetings, they said.

These meetings are expected to continue for several days, the sources added.

The Cabinet meeting, which is chaired by the prime minister, is usually held once a week and that of the council of ministers once a month. The cabinet meeting is being held virtually every Wednesday.

These meetings with the Union ministers were preceded by similar meetings that Modi held with the presidents of various wings of the BJP and with the party general secretaries. Both meetings lasted for more than four hours.

Nadda and BJP general secretary (organisation) BL Santhosh were also present at the prime minister's meetings with the party office-bearers.