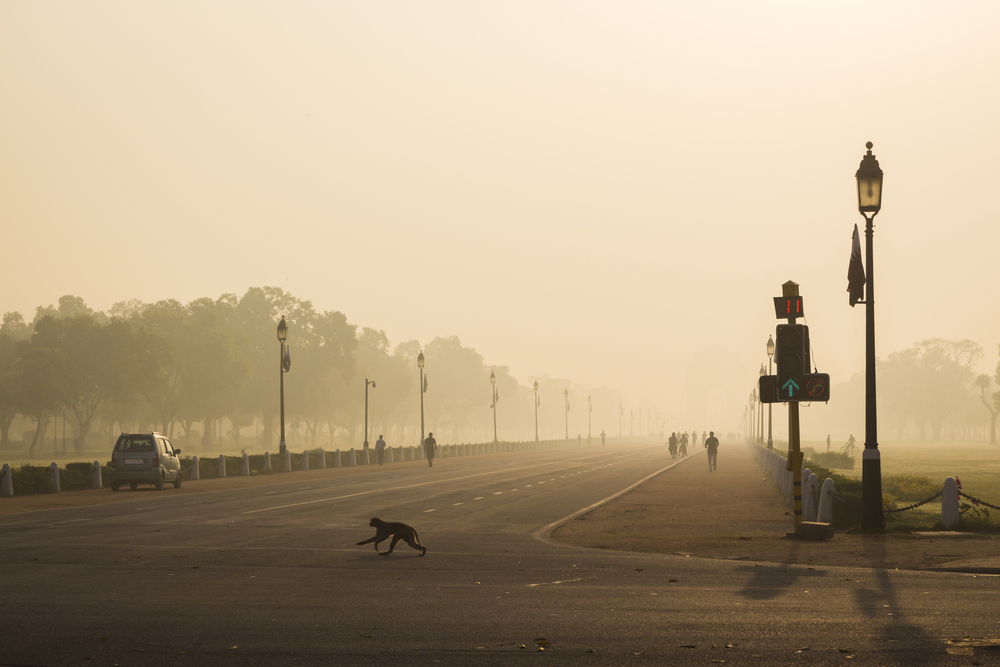 Mercury plummeted in the national capital on Sunday as the minimum temperature settled at 9.4 degrees Celsius, three notches below the season's average.

A blanket of fog had enveloped Delhi on Saturday morning with minimum temperature settling at 12 degrees Celsius.

A MeT Department official said that relative humidity was 91 per cent at 8.30am on Sunday.

The maximum temperature is expected to hover around 24 degrees Celsius, he said.

The weatherman has forecast strong surface winds during the day time.

Private weather forecast agency Skymet vice-president Mahesh Palawat had on Saturday tweeted that 'Cold winds from #snow clad mountains will be instrumental for drop in #Minimums in #Delhi. May come down to single digit in next two days'.

Cold winds from #snow clad mountains will be instrumental for drop in #Minimums if #Delhi. May come down to single digit in next two days. #DelhiWinters #DelhiRains @SkymetWeather @SkymetAQI

By 9am, the air quality index (AQI) was 'poor' at 275, according to the Central Pollution Control Board data.

The air quality in Delhi-NCR had improved to 'satisfactory' on Friday for the first time in around two months due to rains and favourable wind speed.