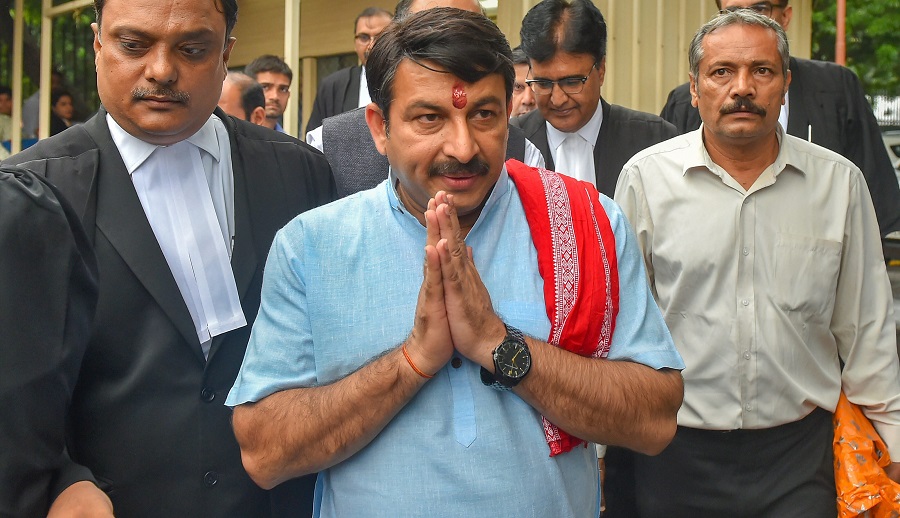 BJP MP Manoj Tiwari on Saturday invited Delhi Chief Minister Arvind Kejriwal to his residence here, offering to clear his "doubts" and explain to him benefits of the Centre's three farm laws.

Kejriwal, who is Aam Aadmi Party's convenor, on Friday claimed the new agricultural reform laws will not benefit farmers in any way and will do a lot of harm.

Taking a dig at the chief minister, Tiwari said Kejriwal does not allow anyone to enter his house and refrains from meeting public representatives or extending invitations.

Recently, three mayors and other leaders of BJP-ruled municipal corporations sat on a dharna outside the chief minister's residence for 13 days but he did not meet them.

Tiwari tweeted to Kejriwal, inviting the AAP convenor to his official residence on Mother Teresa Crescent in Lutyens Delhi on Sunday at 3 pm to explain the benefits of farm laws before media persons.

"Let's do constructive politics for farmers' benefit," Tiwari said in his tweet.

Kejriwal and his Aam Aadmi Party have come out strongly in support of protesting farmers. Earlier this month, the chief minister had visited Singhu border, one of the protest sites, and reviewed arrangements made for farmers by the city government.

"The BJP says that these laws will not harm farmers. But what is their benefit? They say that now the farmers will be able to sell their crop anywhere outside the market. But outside the market, the crop is sold at half the price. How is this a benefit? The truth is that these laws will do a lot of harm and don't have a single benefit," Kejriwal tweeted in Hindi on Friday.

"Still, if Arvind Kejriwal cannot find any benefits in the three farm laws and has some doubts he may accept my invitation. I will be happy to help him see the benefits of the farm laws," Tiwari said.

Farmers from various parts of the country have been camping at different border points of Delhi for four weeks now to demand repeal of the three agri laws, which were voted through in Parliament in September amid strong protests by opposition parties.

The three farm laws have been projected by the central government as major reforms in the agriculture sector that will remove the middlemen and allow farmers to sell their produce anywhere in the country.