Advertisement
Home / India / Kashmir: The consequences of a state being put to sleep

Kashmir: The consequences of a state being put to sleep 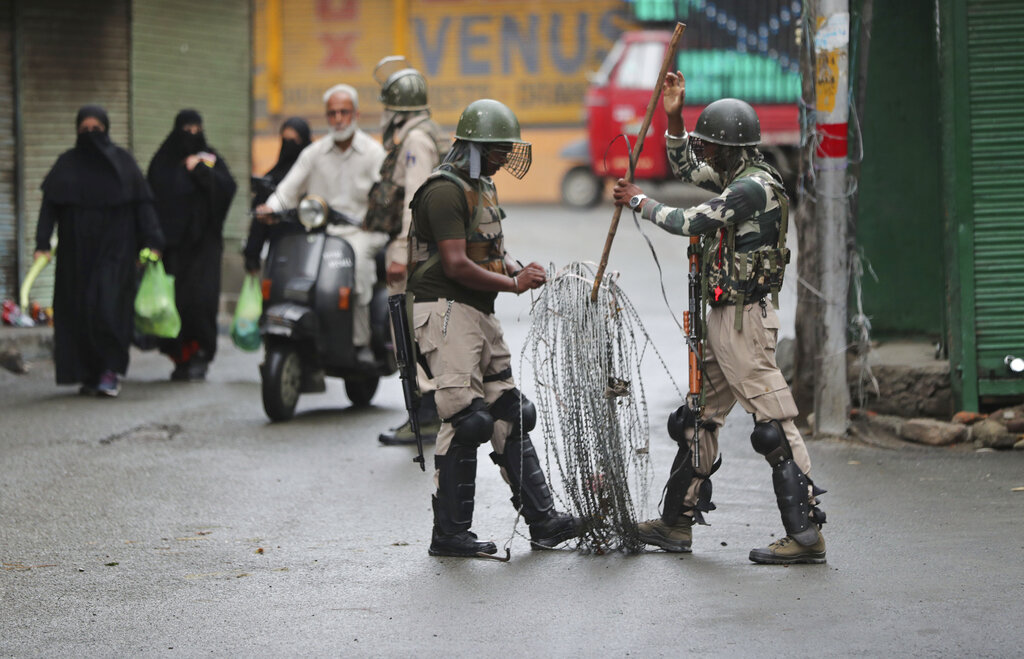 This is how we did it, this is how it is usually done. There are standard operating procedures. The subject must first be prepared for what’s to come, even if the arrangements cause some consternation and distress, even if the subject appears baffled and unwilling. The subject needs to be persuaded what is being done is only for their good, there’s no cause for panic or fretting. It may hurt a little in the beginning but it will all turn out well in the end. It’s strong medicine being administered, but it’s essential medicine. Don’t worry, you’ll be just fine, this is for your own good.

And so it was that Kashmir was taken.

The soldiery was commandeered and deployed, so many thousands even the birds huddled close. Then, in the darkened shadows of night, an unseen hand moved to unbounded muffling: no movement, no messaging, no sound nor syllable. Landlines gone. Mobile networks gone. Broadband gone. Cable television gone. Civic restrictions on. The countdown to a comprehensive stilling. Kashmir etherised. Kashmir under treatment. Codename Operation Kashmir.

It was to emerge from that induced coma, its constitutional feathers ripped, its body carved, dismembered and downgraded to manageable contours, its prominent “anti-bodies” identified and referred to sterilised laboratories. Other known and potential “germs” scraped out and packed off to distant quarantines.

Surgical strike. This is how it happens, this is how it is usually done. There are standard operating procedures.

Post-operative remarks of the Surgeon-General on ailment and aftermath

Infection and contamination are to be prevented at all costs, anything that jeopardises the outcomes of this procedure must be proscribed. Amputation of sections cannot be ruled out because pathology suggests gangrene may have set in in some places. The requirements of critical care remain pressing; robust doses of medication will need to be pumped in for a sustained period, and there will have to be mandatory and frequent phases of sedation in order that eventual recovery on desired lines can be expected.

The chief cause of affliction by this acute malady was found to be the unfettered and long-term prescription of a feel-good drug called 370. It played havoc and triggered a rash of ruinous symptoms that were getting out of hand. It constricted and suffocated some parts, throttled the nerves. It was found that exclusive privileges enjoyed under the influence of 370 had begun to score fatal sores; it was urgent to de-clog starved channels and infuse hitherto restricted interests and influences to restore vigour and vibrancy. Overdosing on 370 had also led to bloating of some sensory organs, which in turn had prompted delusionary fits and, very often, violent lunging towards secession. External instigation was aiding these symptoms, but there were internal wellsprings too, feeding the disorder and its destructive syndrome.

Gupkar has been cauterised and cleansed. We ran a super-sopper along the length of the avenue and swept up the residue. Gupkar was a chronic trigger to Kashmiri misconduct. This is where all its rulers reigned from and took turns ruining the realm for nearly half a century: Sheikh Abdullah, Farooq Abdullah, Omar Abdullah, Mufti Mohammed Sayeed, Mehbooba Mufti and, for an interregnum, Ghulam Nabi Azad. These three families and their legatees, their patrons and partners — the Abdullahs, the Muftis, the Nehru-Gandhis — were identified as the core of the carbuncle, a knife had to be run through their monopoly on malevolence, and the possibility of any recurrence stitched up.

Comprehensive surgical restructuring was required to ensure that. That manoeuvre was successfully conducted. One body part — Ladakh — had to be cleaved away in order that it could afford enhanced blood flow. The remaining, and chief, body part — Jammu and Kashmir — had to be radically repurposed to control recurrent paroxysms and correct faulty alignment. To that end, it was necessary that its command centre was relocated. That has been achieved. Power will no longer be located in, or issue from, Gupkar or its gallery of residents. Power will henceforth be a prescribed entity designated Lieutenant Governor who shall function under the direction and authority of a command centre self-invested with the best interests of the nation.

Should Gupkar eminences — or those aspiring to their expired authority, the likes of Sajjad Lone, even Shah Faesal — behave and reveal signs of correction, they may earn allowance to contest seats for a new confederacy of municipals which is to be called, in the aid of keeping spirits and appearances, the legislative Assembly of the Union Territory of Jammu and Kashmir.

The Union Territory of Jammu and Kashmir itself revealed imbalances inimical to the well-being of the bodypolitic; they will require to be attended to and remedied in order that proper functioning can be restored. A separate team of experts may be assigned to suggest ways so that one body part (Kashmir) is not pressing overly upon another, and under-attended body parts (Jammu, in the main) can be given their due. In the interests of good health and prosperity, Jammu and Kashmir should be read and understood, henceforth, as Jammu and Kashmir, not Kashmir and Jammu, as has, unfortunately, been the case so far. That’s a rectification we recommend to the separate team of experts to keep in mind when they go about their business of re-ordering the physical geography of this still living entity.

Post-operative conditions are usually a period demanding careful watch, monitoring and patience. This has been a monumental exercise, and despite the best efforts, there could be ups and downs. They will have to be handled firmly and resolutely. We have reserves of strong medicine and enough well-trained personnel, there is no cause for alarm on that front. For the moment, all is well, contrary to uninformed reports you may be fed. One of the precautions we took in order to be able to undertake such a critical and vital gambit was that we informed very few. So do not pay heed to those who do not know.

That lamb I had, which they commanded to silence, it bleated, and they shot it… That pigeon was the only thing I saw moving, and then something of it caught the concertina and it fluttered and then it moved no more… There was that graffiti on the wall, “India Go Back” and it had an exclamation on it the shape of a gun… then the wall turned, as if to the change of a camera angle, and it became flat as a road, and there were boots marching on it… Someone was shrieking and it was a silent shriek that did not even turn to a balloon of vapour because this isn’t our winter… I was writing an essay on Peace and everytime I wrote Peace it spelt itself Panic… I threw a stone and it took my arm away… That phone of mine, it was so smooth, and just the size, I used it as soap to bathe… None of this can be true… What is true is what I am told every time I come to… “Everything is fine, everything is calm, everything is normal, everything is for your own good, everything is under control…” …So my blistered eye is a lie dipped in a surreal slipstream, and these nightmares are a matinee screening I bought tickets for… the movies have returned to Kashmir as promised… all is well.

Kashmir: The bond between ruler and ruled seriously eroded