Kashmir: The bond between ruler and ruled seriously eroded

If Pakistani mischief is to blame, that means Islamabad is a more effective operator on Indian soil than India’s own official agencies 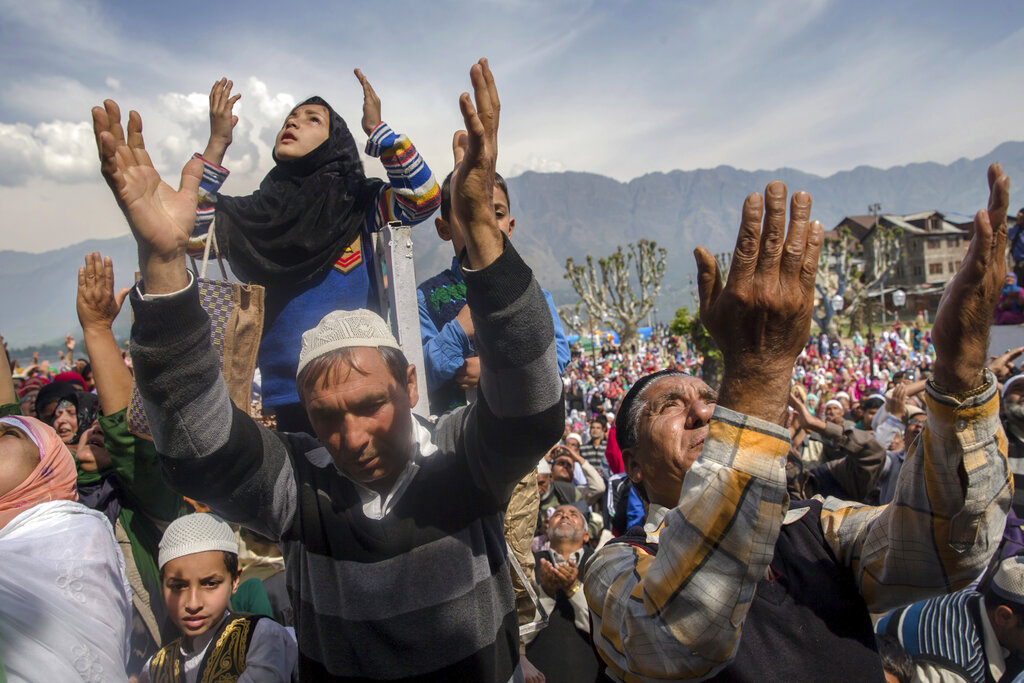 There is the additional threat in Kashmir to the delicate quality of Kashmiriyat, which is said to be devoid of the fanaticism of Islamic orthodoxy
AP
Sunanda K. Datta-Ray   |   Published 10.08.19, 05:27 AM

Presiding over the Calcutta launch of the revised edition of my book on Sikkim, Jaswant Singh made heavy weather of his claim that the annexed kingdom was no different from the surrounding areas of India. Of course, he upheld my right to insist on a difference. At the same time, he invited the audience to agree with him that topographically and demographically, Sikkim was an extension of Darjeeling district, which he represented in the Lok Sabha.

As the host, it would have been unseemly for me to take issue with my guest, an old friend moreover, who had come all the way from Delhi to release my book which other politicians had refused to do. Otherwise I would at once have pointed out that appearances can be deceptive… or contrived. Sight, sound and smell give the Indian and Pakistani dominated British townships of Southall and Smethwick an uncanny resemblance to South Asian habitations. Because of forced evacuation, sponsored Han migration and compulsory re-education programmes, parts of Tibet and Xinjiang no doubt resemble China. I was also tempted to repeat an old joke doing the rounds when Lalu Prasad visited Singapore: the story went that when Lee Kuan Yew allegedly asked Indira Gandhi for a tract of India that he promised to turn into Singapore in three months, Lalu piped up to say that given the chance, he would turn Singapore into Bihar in three weeks.

It is a measure of the government’s inability to cope with the many-splendoured variety of India that some such fate now awaits the one-time multilingual, multi-religious Dogra kingdom that Owen Dixon, the Australian diplomat and United Nations mediator in Kashmir, compared with the Austro-Hungarian Empire. Having said that, there is no denying that a single language and a common religion do generally make for a greater sense of national cohesion. Even the old Holland, a small country by any reckoning, split on the basis of these two markers of nationhood. The markers themselves are god-given attributes. They can’t be created. Despite legal quibbling, the government can turn a subdivision into a division and wipe a state like Hyderabad off the map. But no amount of tinkering with borders or changes in status can force the people of the Kashmir Valley into the cultural straitjacket that today’s New Delhi finds acceptable. Whatever the scale, ghar wapsi exposes majoritarian bullying and aggravates resentment among victims.

The abolition of Articles 370 and 35A, especially the latter for the former has been greatly watered down in any case, means that, over time, an influx of Tamils, Biharis, Gujaratis and other Indians of all descriptions can edge native-born Kashmiris out of jobs, homes, fields and educational opportunities. It was precisely this fear that prompted millions of working and lower middle class Britons to vote against continued European Union membership with its automatic free entry for hordes of European migrants. A similar fear in Singapore inspired legislation strictly restricting the property foreigners can buy. There is the additional threat in Kashmir to the delicate quality of Kashmiriyat, which is said to be devoid of the fanaticism of Islamic orthodoxy. Sheikh Mohammed Abdullah believed it would be better preserved in Jawaharlal Nehru’s secular pluralist India than in theocratic Pakistan.

Pakistan’s predictably ferocious reaction and the Western media’s universal condemnation may not worry India. The denial of history that underlies the recent measures should not surprise anyone either for in the past, too, Indian governments have treated treaties and constitutional commitments with little of the respect that is expected from a country that takes the high moral ground in international affairs. The Opposition’s acquiescence was also only to be expected for the government’s folie de grandeur resonates with the multitude. The public laps up sabre-rattling bluster, blames Nehru for not chastising Pakistan sternly enough, and exults in the machismo of ‘surgical strikes’. What is worrying, however, given India’s ground realities, is the calculated rejection of the ‘unity in diversity’ concept without which a country of India’s size and variety cannot survive in harmony, leave alone make significant progress.

Enlightened realists who have come to terms with what cannot be changed in their own societies proudly acclaim variety as an enviable asset that contributes to collective resilience. The other day, Neil Basu, assistant commissioner of London’s metropolitan police and the highest-ranking British officer of immigrant stock, dismissed the need for minorities to identify with the majority. “Assimilation implies that I have to hide myself in order to get on,” he said. “You should be able to practise your culture or religion openly and still be accepting of others, and others be accepting of you. That is a socially inclusive society.” That is what makes Britain “the most successful multi-racial democracy in the world” as this column earlier quoted Sajid Javid as saying. The son of a Pakistan-born bus driver, Javid was home secretary under Theresa May and is now Boris Johnson’s chancellor of the exchequer.

Administrative efficiency and demographic logic were cited at one time as reasons for trifurcating that part of the old Jammu and Kashmir state that is under Indian control. The arguments now advanced, however, only highlight the incompetence of a Central government that is unable to cope with the challenge of popular defiance. Some of the reasons mentioned for the changes — tardy investment and job creation, administrative inefficiency and corruption, and the lack of employment and opportunities that fuel youth unrest — boil down to a single factor: security. Despite Jammu and Kashmir being one of the most heavily militarized regions in the world and despite a plethora of draconian powers, New Delhi is unable to protect life and property or inspire public confidence. The bond between ruler and ruled, voters and the politicians they vote for, has been seriously eroded. Only hyper-patriotic TV anchors now go on about the world’s largest democracy.

If Pakistani mischief is to blame, that means Islamabad is a more effective operator on Indian soil than India’s own official agencies. If the fault lies with the state’s populace, that is an even more serious indictment not just of the present government at the Centre but of the nature of the Indian State and the basis on which it hangs together. If Article 370 ceases to be operative, what about Article 371 whose various sections apply to Mizoram, Nagaland, parts of Assam and Manipur? Article 370 was the consideration in exchange for Jammu and Kashmir choosing to throw in its lot with India instead of Pakistan in 1947 which Maharaja Hari Singh and Sheikh Abdullah could well have done. Article 371 was also the consideration for various northeastern communities to lay down arms and accept membership of the great Indian family in return for solemn assurances that their identity and lifestyle would remain inviolate. Similarly, Clause 3(g) of the Constitution (36th amendment) Act uniquely vested the governor of Sikkim with “special responsibility for peace and for an equitable arrangement for ensuring the social and economic advancement of different sections of the population of Sikkim …”

Such solemn compacts cement the foundations of a great nation. Peoples and regions entrust their future to a central authority that is expected to dispense justice, protect rights and govern with impartial wisdom in return for loyalty, votes and revenue. The compact ceases to exist if one side breaks it. When the violator is the more powerful party, then a democratic federal republic is reduced to “a prison house of nations” managed by “military-feudal imperialism” in Lenin’s colourful dismissal of Tsarist Russia.