J&K cops, who stood by govt and earned local hostility, are now at the receiving end 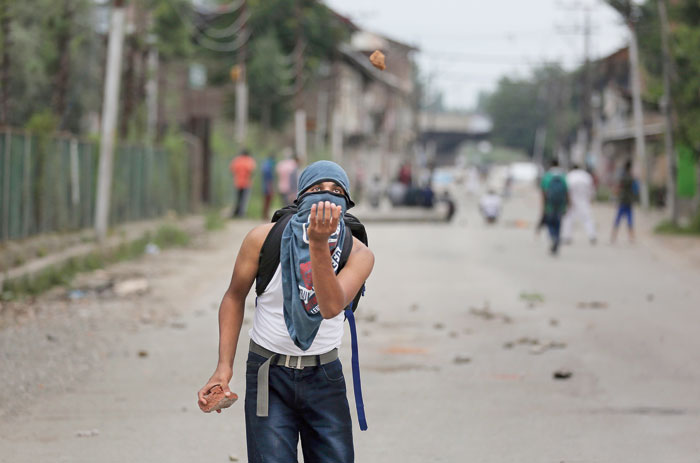 A non-local woman, all alone, runs aggressively towards a posse of Kashmiri policemen standing idly outside a police station in Srinagar’s city centre.

“You have all been disarmed and will from now on be at our mercy,” she shouts.

Incensed, the policemen shout back at her. They seem about to pounce on her but restrain themselves after one among them cites her gender to dissuade them.

A group of CRPF men standing nearby try to pacify the policemen but can’t hide their own amusement, chuckling at what has just happened. The woman stands her ground for a while before melting away as curious onlookers gather.

It’s Thursday — three days after the Centre flagged off the drive to scrap Jammu and Kashmir’s special status and bifurcate it into two Union Territories, whose police must now report to the Union home ministry.

“We all knew the police would never be the same again and would have to face the brunt. But we never expected it to happen so fast, that too here (in front of a police station),” an agitated policeman told The Telegraph.

He wondered how a stranger dared taunt a team of policemen to their faces.

Kashmir’s policemen, at the forefront of the battle against the militants and pro-independence mobs for decades, seem to have become the fall guys of the revocation of Jammu and Kashmir’s special status.

All these years they had enjoyed scant respect in the Valley because of their role against the militants and stone-throwers. Now they fear their plight could turn worse, as Thursday’s drama outside the police station suggested.

The woman’s taunt of “you have all been disarmed” was spot on. On Kashmir’s streets, the police seem to have been downgraded to sidekicks of the paramilitary forces. They wield batons to enforce the curfew-like curbs, but minus their favourite assault rifles.

Most of the time this correspondent was on the streets, the cops were merely sitting and chatting in front of shops. The accepted wisdom is that the Centre has disarmed them because it does not trust them.

“Only the policemen on escort duty now carry firearms, the rest just have batons,” a police constable said.

Asked why, he confined himself to saying: “Our officers asked us to deposit our weapons at the police stations. That’s all we can tell you.”

A police officer struggled to explain why the force was not carrying firearms. He claimed it was a voluntary decision taken by the policemen themselves — lest protesters snatch their weapons.

Why were they seen carrying assault rifles during all the previous agitations, then? The officer merely smiled.

Another officer said: “We are directly under the control of the Union home ministry. Many of us have been sidelined from key positions and might face more of it (marginalisation). We enjoyed no respect here and will now enjoy no power. We can be transferred to any part of the country.”

More than a quarter of the 5,000-plus uniformed personnel who have died fighting the militants were policemen. The militants routinely target the police.

Many of the policemen from the militancy hub of south Kashmir cannot go home or meet their families. Muslim policemen made up more than half of the state’s one-lakh-plus cops.

“We who always took the bullets in our chests feel orphaned now, trusted by none of the sides,” a policeman at Dalgate said.

After the outbreak of militancy in 1990, several policemen had turned sympathetic towards the azadi cause, resulting in a police rebellion in 1993 over the death of a colleague allegedly in the custody of the security forces.

The rebel personnel took over Srinagar’s police control room, and the army was called in. The siege ended with the policemen surrendering without a shot having been fired.

But the sentiments within the force later changed dramatically, with cops volunteering to join the police’s Special Operations Group, the counter-insurgency force.

10000 protesters: Reuters reported from Srinagar on Friday that “police used tear gas and pellets to fight back at least 10,000” protesters in the city. Quoting a witness, Reuters said “some women and children jumped into the water”. The Indian foreign ministry spokesman suggested the unrest was temporary. “Just outside Srinagar, things have really come back to normal,” he said.

Muzaffar Raina, The Telegraph journalist based in Srinagar, continues to be cut off. Raina filed this report on Friday using a friend’s communication facility