Jayaprakash Narayan has had personal and emotional impact on many politicians 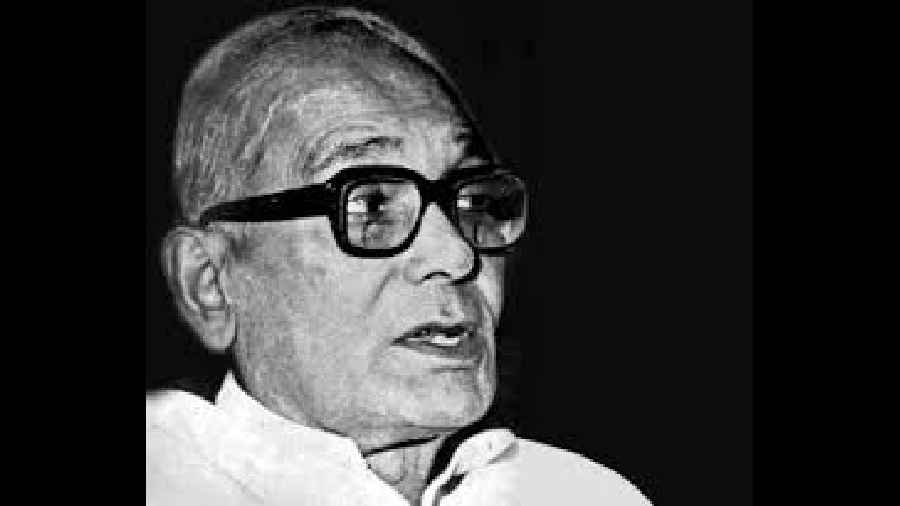 Bihar is no stranger to being at the centre of a tectonic shift in national politics fuelled by turbulent regional forces.

On Tuesday, a day filled with high drama, Chief Minister Nitish Kumar severed ties with ally BJP and embraced the Mahagathbandhan or grand alliance, bringing the spotlight on Bihar and its complex matrix of politics.

From the landmark Bihar movement led by students in 1970s that emanated from Patna to stopping of Lal Krishna Advani's Ayodhya rath yatra by then chief minister Lalu Yadav in Samastipur, these events have set off a chain of reactions that resulted in major ruptures in the realm of nation politics, throwing ruling parties out of seats of power or leading to rise of unexpected and at times unstable alliances.

The Bihar movement, which eventually came to be known as the JP movement as veteran socialist leader Jayaprakash Narayan spearheaded it, had a ripple effect from Patna to Delhi and the echoes of his fiery speeches at Gandhi Maidan in the Bihar capital had reverberations in Ramlila Maidan in the national capital.

Narayan's Bihar movement during the turbulent 70s eventually led to the Emergency from 1975-77. He exhorted college and university students in the state to throw themselves into what he had envisaged as a massive churn of Indian politics against corruption.

Under the firebrand JP, the agitation in Bihar took taken the shape of a Sampoorna Kranti or total revolution and the initial demand for resignation of the then Ghafoor government in the state ultimately turned into a larger demand for dismissal of Indira Gandhi government.

After the Emergency was over and general elections were held, Congress was ousted and a Janata Party-led government came into power with Morarji Desai as the prime minister.

The JP movement has had such personal and emotional impact on many that Nitish Kumar, Lalu Yadav, Sushil Kumar Modi and Sharad Yadav, all of whom were engrossed in students politics back then, often describe themselves as "product of JP movement".

Both Lalu Yadav and Nitish Kumar, who perhaps bonded during the student movement, have had 'friend-turned-foe-turned-friend' moments in their careers, which also has impacted both regional and in turn national politics.

RJD and JD(U), both descendants of the Janata Dal party, play a crucial role when it comes to stitching power alliances to form a government.

And as Kumar returns to the Mahagathbandhan, from which he had walked out of in 2017 post the 2015 elections, many have also begun to speculate if the move will have ramifications on the 2024 Lok Sabha elections.

Many student leaders in Patna, PTI spoke to, concurred that "this type of political crisis being seen currently is not new to Bihar" and "this instability" has impacted both regional and national politics.

Aman Lal, student activist from Patna University and a member of All India Student Federation which will mark its 86th foundation day on August 12, said, "leaving aside the tenure of Sri Krishna Singh in the initial days (till 1961) in Bihar after Independence, the chief ministers who succeeded him, could not complete their terms. Only Lalu Prasad in 90s could complete his term, and then Nitish Kumar is the longest-serving CM of Bihar since 2005."

Experts feel that big political leaders from Bihar have had a national aura largely, and that is also perhaps a factor due to which "what happens in Bihar, impacts India". Besides, Jayaprakash Narayan, K B Sahay, Karpoori Thakur, Daroga Prasad Rai, B P Mandal, all of these were state leaders but also national leaders.

Mandal Commission set up in 1979, and chaired by B P Mandal, who briefly served as chief minister of Bihar in late 1960s, had a massive impact throughout India, and protests were held, and many even attempted self-immolation.

But, perhaps the event that led to stopping of the rath yatra by Advani in 1990 is one of key moments in political history of both Bihar and India at large, given the significance and sensitivity of the Ram Temple issue.

The BJP patriarch had started the yatra from Somnath in Gujarat and was to culminate at Ayodhya. His swanky vehicle entered Bihar through areas which now fall in Jharkhand, amid chants of 'Mandir wahin banayege'.

BJP was then propping up the V P Singh government and arresting Advani could have led to its fall and set off a chain of violence.

Singh halted the rath Yyatra in Samastipur in north Bihar and arrested Advani, prompting the BJP to withdraw support to V P Singh's National Front government and resulting in its collapse.

The event paved the way for the emergence of the saffron party as a formidable force on the country's political firmament. Ironically, he later became a joint secretary in the union home ministry when Advani headed it.

How the current state of affairs in Bihar will play out in the long run, only time will tell.

Bihar: RJD to have more ministers