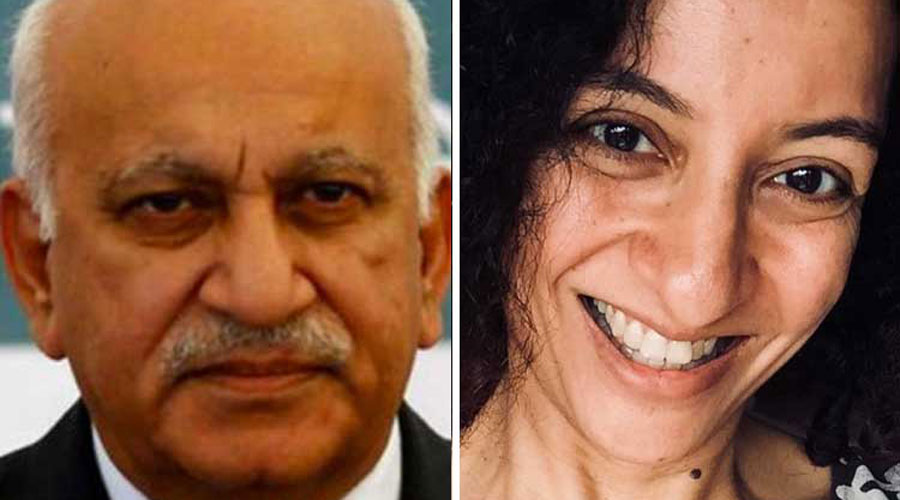 A Delhi Court on Wednesday acquitted journalist Priya Ramani in M J Akbar's criminal defamation case against her over the allegations of sexual harassment, saying a woman has the right to put grievances before any platform of her choice even after decades.

Ramani had accused the former editor of sexual misconduct amid the #MeToo movement of 2018.

Additional Chief Metropolitan Magistrate Ravindra Kumar Pandey dismissed the complaint filed by Akbar saying that no charges were proved against her.

"Women can't be punished for raising instances of sexual abuse," the court said, adding, "The Indian constitution allows women to put forward her grievances before any forum and at any time".

The court said it is shameful that crimes against women are taking place in a country where mega epics like Mahabharata and Ramayana were written about respecting them.

"The glass ceiling will not prevent Indian women as a roadblock in advancement in society of equal opportunities," it said, adding that the society must understand the impact of sexual abuse and harassment on its victims.

The court, while referring to MJ Akbar's claim that Ms Ramani's allegations had tarnished his image, observed that the right of reputation cannot be protected at the cost of right to dignity.

In a newspaper article, Ramani had said the alleged sexual misconduct took place around 20 years ago, when Akbar headed Asian Age. He had called her to his hotel bedroom for a job interview and behaved inappropriately, she had said.

Akbar had filed the complaint against Ramani on October 15, 2018 for allegedly defaming him by accusing him of sexual misconduct decades ago.

He has denied all the allegations of sexual harassment against the women who came forward during #MeToo campaign against him.