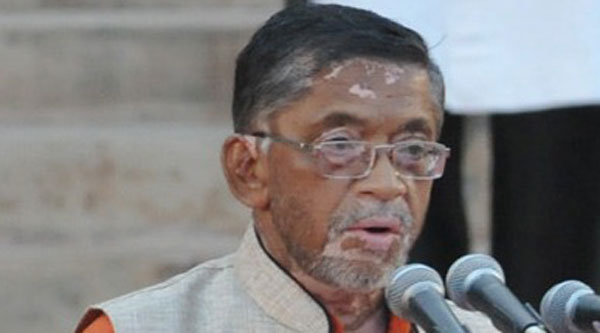 The Centre has said it does not accept survey data provided by “non-government agencies”, the assertion coming at a time independent agencies have reported enormous job losses in the country while the government has sat tight on its own survey findings.

“For framing government policies only official data are used, and data captured by non-government agencies are not referred (to),” he said in a written reply to a question from Samajwadi Party member Ravi Prakash Verma.

Verma had asked whether the government was aware of the CMIE’s finding about the loss of 18.9 million salaried jobs.

Others too have pointed to an unemployment crisis. The International Labour Organisation and the Asian Development Bank released a report last month saying 41 lakh youths in India had lost their jobs in the first three months of the lockdown.

A survey by the Azim Premji University has found that two-thirds of the country’s informal-sector workers lost their jobs during the lockdown.

CMIE managing director Mahesh Vyas told The Telegraph that the government was “free to take a view” on whether to take the organisation’s findings into account.

Labour economist and former JNU teacher Santosh Mehrotra, currently a visiting professor to the University of Bath in the UK, agreed that it was the government’s prerogative not to use NGO data for policy-making. But, he said, the government should release its own data punctually.

“If the government does not accept NGO data, it should release its own data regularly. But several survey reports by the National Statistical Office (NSO) and the Labour Bureau have not been released despite having been ready long ago,” Mehrotra said.

The Periodic Labour Force Survey (PLFS), conducted by the NSO, is supposed to release its findings every quarter but has not done so since July 2019.

“The CMIE survey uses a larger sample than the PLFS. It covers both the organised and unorganised-sector workers, and both the rural and urban areas,” Mehrotra said. “It is reliable data. If the government does not accept it, it should explain why not.”

The NSO is yet to release the Time Use Survey, for which data collection had concluded last December. This survey ascertains what people do from 4am through the rest of the day, thus reflects what proportion of the workforce has jobs.

The ministry of statistics and programme implementation has decided to not release the 75th Consumer Expenditure Survey, citing a wide divergence from the data sent in by district administrations across the country.

The Business Standard newspaper has reported that the survey, conducted between July 2017 and June 2018, found a fall in consumer spending for the first time in more than four decades.

The Labour Bureau, which operates under the labour and employment ministry, has failed to release the last four reports of the now-scrapped Quarterly Employment Survey (QES), and the latest report of the Employment and Unemployment Survey, conducted for 2016-17.