The development came amid a 23% unemployment rate — higher than pre-lockdown levels — and a contraction in India’s GDP, for the first time in four decades, by 23.9% 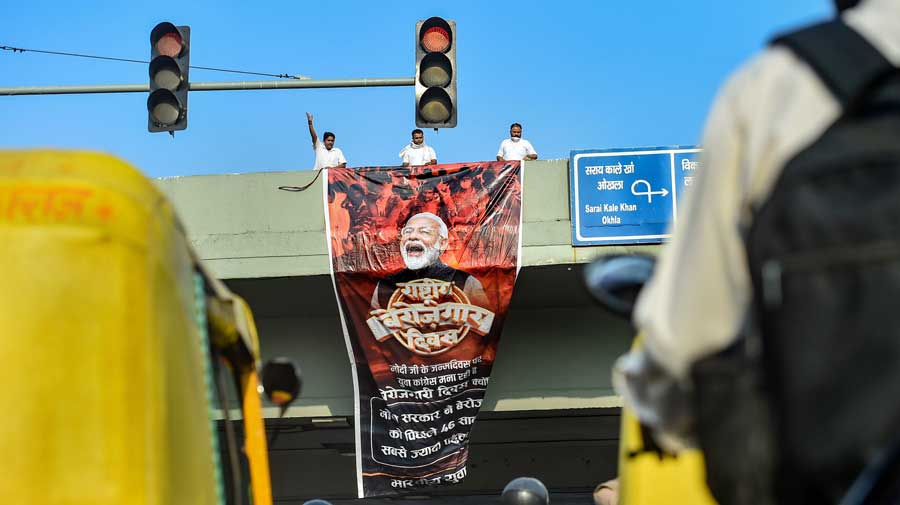 From Twitter trends to street protests, the subject of joblessness received more traction on Thursday than celebrations of Prime Minister Narendra Modi’s birthday.

On Twitter, #17Baje17Minute, #NationalUnemploymentDay and #RashtriyaBerozgariDiwas were the most trending hashtags in India, cumulatively accounting for almost 40 lakh tweets by 7.30pm. (#17Baje17Minute was a call for protests at 5.17pm on Thursday.)

#HappyBirthdayPMModi and allied tags such as #RespectYourPM had by then registered just over 5 lakh tweets. 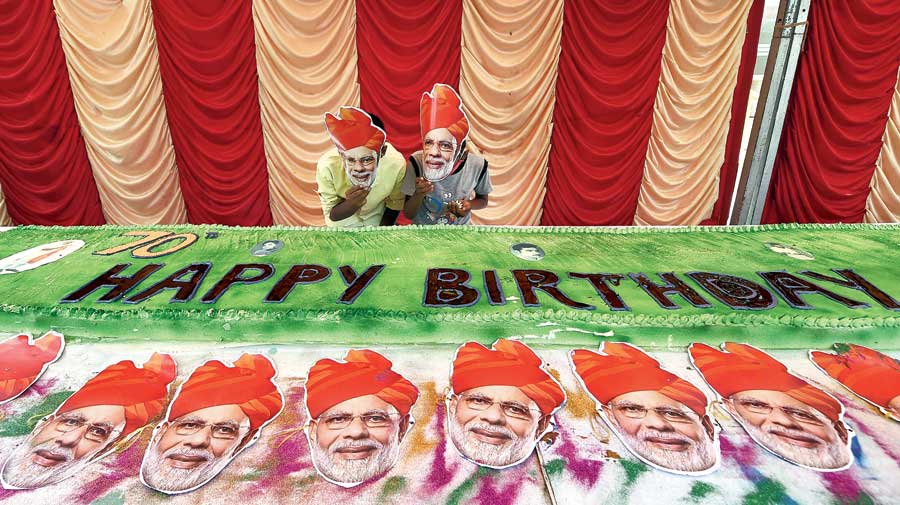 Thursday’s development came amid a 23 per cent unemployment rate — higher than pre-lockdown levels — and a contraction in India’s GDP, for the first time in four decades, by 23.9 per cent.

Groups of students and civil service aspirants were the first to give a call to rebrand Modi’s birthday at a time when the BJP was observing “Sewa Saptah” or service week to celebrate it.

Workers and frontal organisations of the Congress were heavily involved in the protests, while Rahul Gandhi and Priyanka Gandhi Vadra tweeted unemployment data and visuals of the demonstrations.

In Delhi, BJP members planted trees, donated blood, distributed sports equipment and fruits in slums and cut a large cake made of laddus.

The Congress and Left protests, however, were spread across many cities, with the police forcibly dispersing youths chanting slogans against unemployment in Lucknow and Allahabad.

Marches with fire torches were held in the evening in several cities. In Delhi, the Youth Congress hung banners on several flyovers mocking the Prime Minister over the unemployment crisis.

Rahul tweeted a news report about purported labour ministry data that said only 1.77 lakh jobs were available in 20 key sectors while 1.03 crore people were looking for jobs.

“Massive unemployment has forced the youth to call today #NationalUnemploymentDay. Employment is dignity. For how long will the Govt deny it?” Rahul said.

The government has failed to release employment data provided by various surveys while independent agencies have painted a dismal picture of job losses. Two external members of the National Statistical Commission quit last year after the government withheld a job survey report.

“Salute Young India for storming Modi’s birthday party with their torchlight processions against unemployment and the non-performing and treacherous Modi government,” he said.

On March 6, 1930, the Communist International had marked an International Unemployment Day during the Great Depression in the United States and Europe, which eventually led to the suppression of communists in the US.