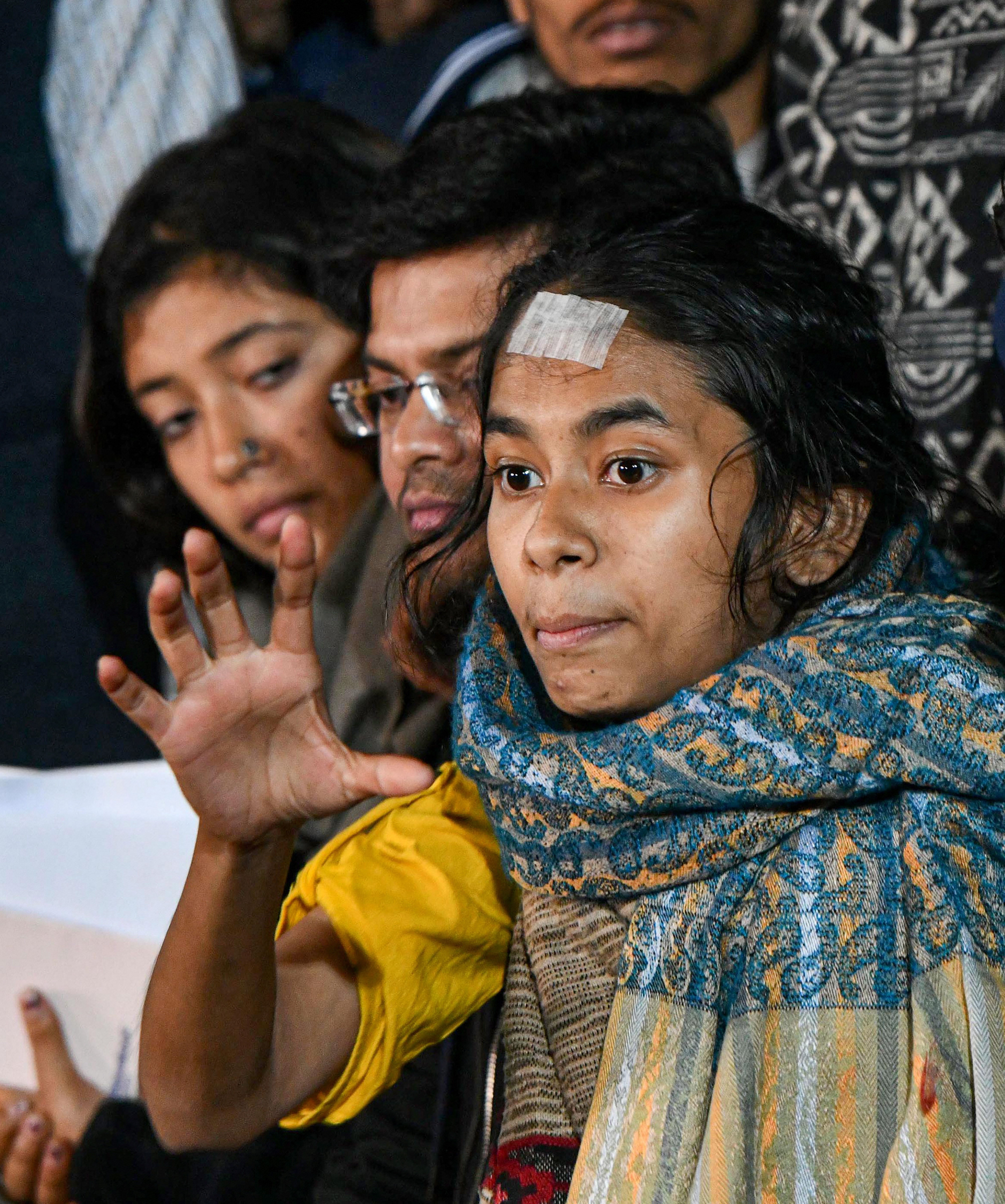 JNUSU president Aishe Ghosh (in picture) is among the seven out of the total nine suspects, who are from Left-leaning student organisations while two suspects are from the RSS-affiliated ABVP
PTI
PTI   |   New Delhi   |   Published 13.01.20, 12:57 PM

Pankaj Mishra, Vasker Vijay Mech and Ghose were questioned by the crime branch's officers, they said.

The trio are among the nine suspects whose pictures were recently released by police following the January 5 violence in which 35 students, including Ghosh, were injured.

Last week, the Delhi Police claimed that the violence at JNU was a fallout of tensions brimming on the campus since January 1 over the registration process.

Ghosh is among the seven out of the total nine suspects, who are from Left-leaning student organisations while two suspects are from the RSS-affiliated Akhil Bhartiya Vidyarthi Parishad (ABVP).

Besides Ghosh, Mishra and Mech, Dolan Samanta, Priya Ranjan, Sucheta Talukdar and Chunchun Kumar (an alumni) have been named as suspects by the police.

Vikas Patel and Yogendra Bharadwaj, both from ABVP, are among the nine suspects in the case.

According to the police, Akshat Awasthi and Rohit Shah, who featured in a sting operation conducted by a TV news channel, have also been served notices to join the investigation.

Police have also identified the masked woman, seen in the purported videos of the violence shared on social media, as Komal Sharma, who was wearing a check shirt, light blue scarf and carrying a stick.

Sharma, who is a student of Daulat Ram College, has also been sent a notice to join the probe, the police said, adding her phone was found to be switched off since Saturday night.