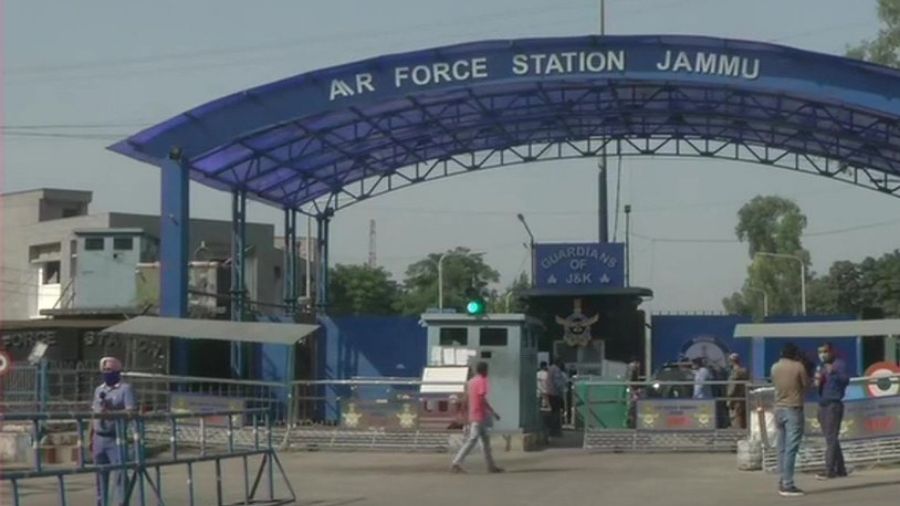 An FIR was registered Sunday under the Unlawful Activities (Prevention) Act after two explosives-laden drones crashed into the IAF station at Jammu airport, officials said, while indicating that the case is likely to be taken over by the terror probe agency NIA.

The drones crashed into the IAF station at Jammu airport in the early hours of Sunday, perhaps the first time that suspected Pakistan-based terrorists have used unmanned aerial vehicles in an attack, officials said.

"The NIA is all likely to take over the case. They are already supervising the investigation at the scene of the blast after joining the probe," one of the officials said.

An FIR was registered under relevant sections of the Explosive Substances Act, Unlawful Activities (Prevention) Act and the Indian Penal Code (IPC) at Satwari police station on the application of a junior warrant officer of the IAF, the official said.

Two Indian Air Force personnel were injured in the explosions that took place around 1.40 am within six minutes of each other. The first blast ripped off the roof of a single-storey building at the high security technical area of the airport manned by the IAF in Satwari area of the city. The second one was on the ground, the officials said.