The Vice President Secretariat and Dhankhar tweeted pictures of the meeting 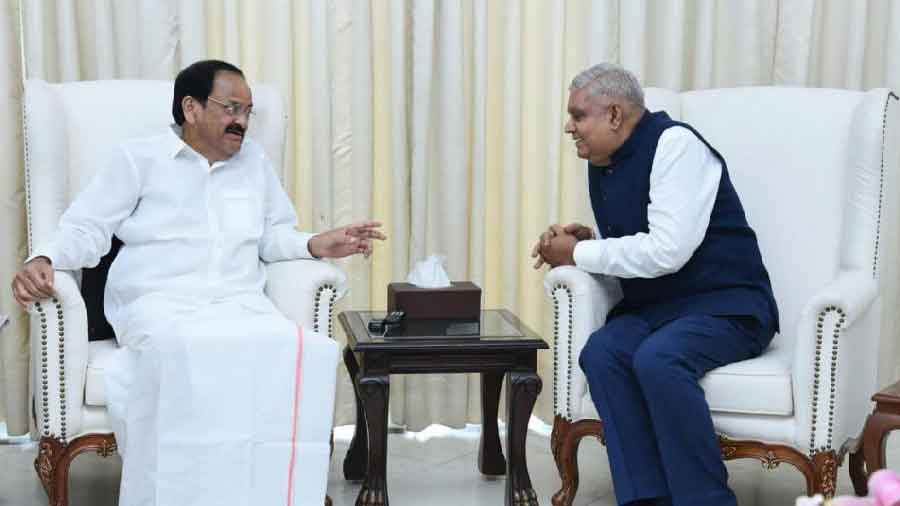 Jagdeep Dhankhar who is set to take oath as the next vice president this week met incumbent M Venkaiah Naidu here on Sunday.

Dhankhar and his wife Sudesh were welcomed at the Upa-Rashtrapati Nivas by Naidu and his spouse Usha Naidu.

The Vice President Secretariat and Dhankhar tweeted pictures of the meeting.

Sources said their meeting lasted over 30 minutes and later Naidu gave a tour of the residence and the secretariat to Dhankhar.

Naidu congratulated Dhankhar on his election as the 14th Vice President and conveyed his best wishes for a successful tenure, it added.

Naidu's term ends on August 10 and Dhankhar will take oath a day after.

Earlier in the day, the governors of Assam and Rajasthan called on Dhankhar here.