Indian officials travel to Kabul for talks on aid distribution

Since the Taliban took over, Afghanistan's humanitarian crisis has left millions of people at risk of hunger 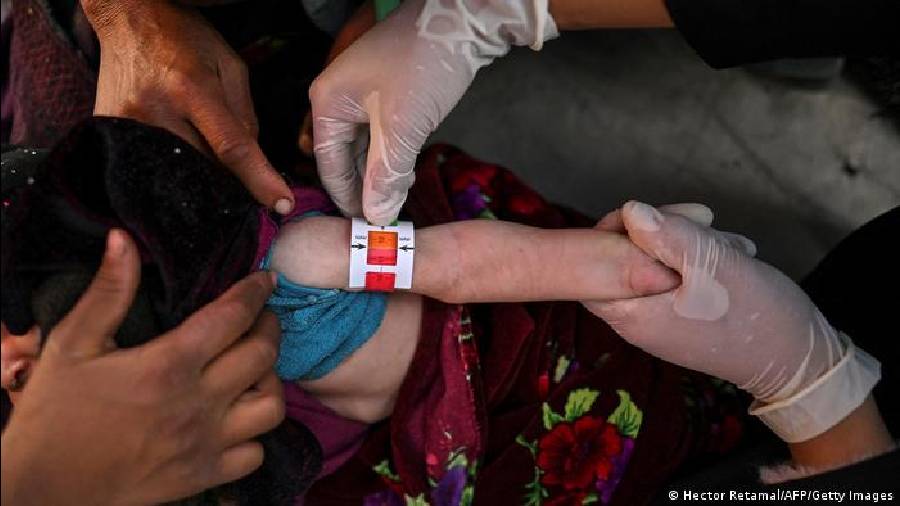 Indian officials visited Kabul for talks with Taliban and international NGOs on distributing humanitarian assistance in Afghanistan, the Indian Foreign Ministry wrote on its website.

India has not had diplomatic relations with Afghanistan since the Western-backed government fell last year and was replaced by a Taliban administration.

What is India offering Afghanistan?

The aid was given to the Indira Ghandi Children's Hospital in Kabul, along with the World Food Program and the World Health Organization.

"The Indian team will meet the senior members of the Taliban, and hold discussions on India's humanitarian assistance to the people of Afghanistan," the ministry said in a statement.

Although Indian representatives have met Taliban officials in Qatar, there have been no diplomatic relations between the two countries since the Taliban took control last August.

Last month, the Indian Foreign Ministry said it had no information regarding whether it would reopen its embassy inKabul.

The previous administration, which was led by President Ashraf Ghani until he fled in a helicopter as the Taliban approached Kabul, had received military and humanitarian aid from India — although New Delhi did not deploy troops to the country.

What does Afghanistan need?

Afghanistan is in the grip of a serious humanitarian crisis following the economic slowdown that came with the Taliban's arrival.

Western countries have refused to work with the new government, citing the Taliban's poor human rights record. In February, US President Joe Biden signed an order to freeze Afghan assets held in US banks.

The Taliban compounded the problem with new and cumbersome rules on women in working life, banning them outright from many fields and restricting the few who were allowed to work.

Women must have a male relative accompany them to their workplace, and in some cases throughout the working day, according to Human Rights Watch.

That has caused incomes in some families to collapse if a woman had been the main income earner.

HRW reported that some 95% of Afghan households are experiencing either insufficient food consumption or food insecurity, and the UN estimated that 55% of Afghans were expected to be in crisis or emergency levels of food insecurity by March this year.