Advertisement
Home / India / India will sort out 'misunderstanding' with Nepal through dialogue: Rajnath

India will sort out 'misunderstanding' with Nepal through dialogue: Rajnath

Defence minister says relation with the neighbouring country 'not only historical and cultural, but also spiritual' 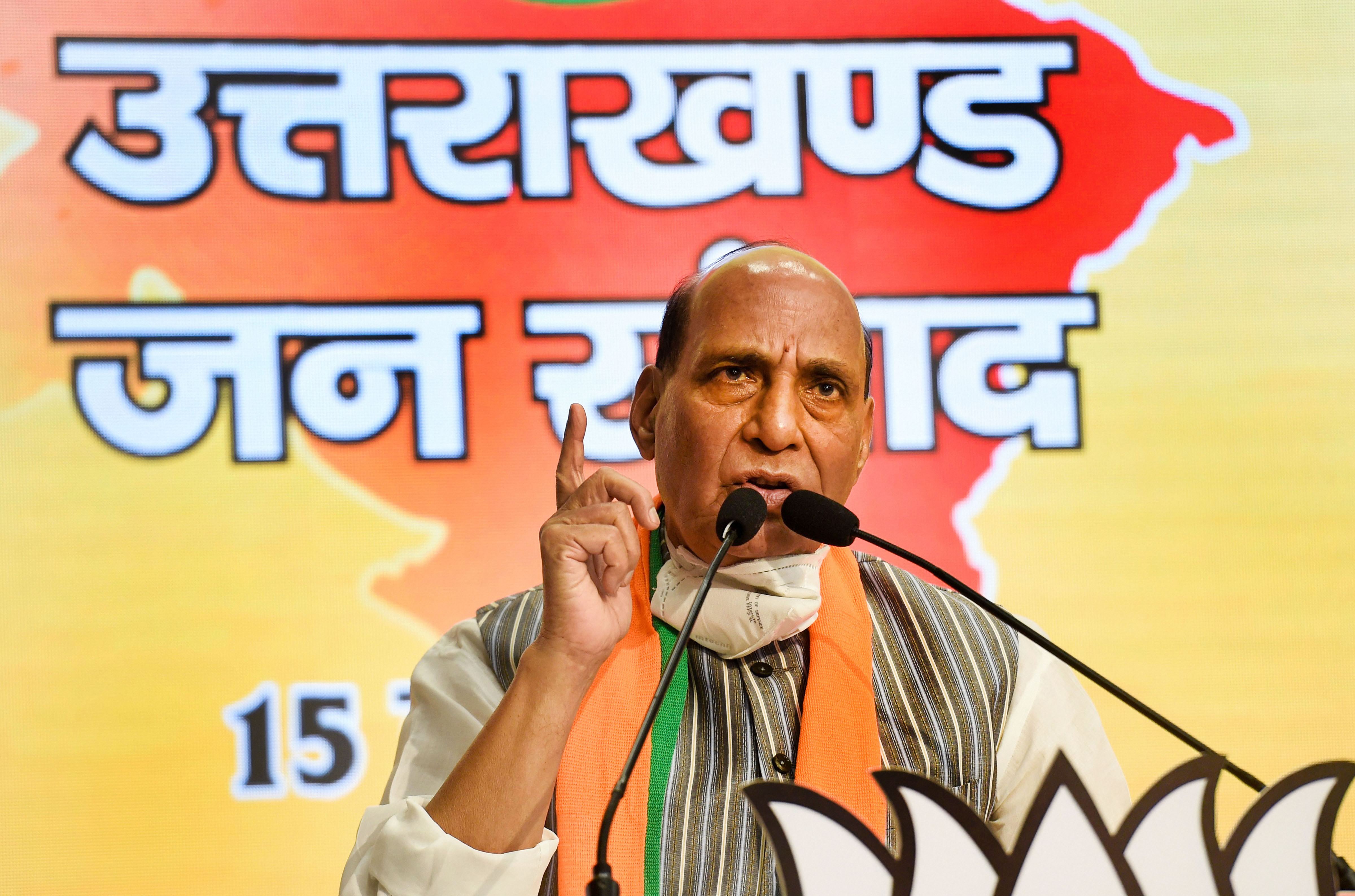 Asserting that the road built by India till Lipulekh Pass is very much in its territory, Union defence minister Rajnath Singh said on Monday that his government believes in sorting out the 'misunderstanding' in relations with Nepal through dialogue.

In a virtual rally for Uttarakhand, Singh underscored the deep ties between the two countries, saying they were bound together by 'roti and beti', and no power in the world can break it.

'Our relations are not only historical and cultural, but also spiritual, and India can never forget it,' he said, adding 'How can relations between India and Nepal break!'

Nepal's Parliament had on Saturday unanimously voted to amend the Constitution to update the country's new political map, laying claim over three strategically key areas along the border with it.

If the road built by India has caused any misunderstanding among the people of Nepal, then it will be sorted out through dialogue, the senior BJP leader said, asserting Indians could never have any bitterness about Nepal.

In his address, Singh said the Modi government had delivered on a host of promises like abrogation of Article 370 and prohibiting instant triple talaq.

Gap between politicians' promises and their work had caused a 'crisis of credibility', but the Modi government has triumphed over it by delivering on the party's manifesto, he said.