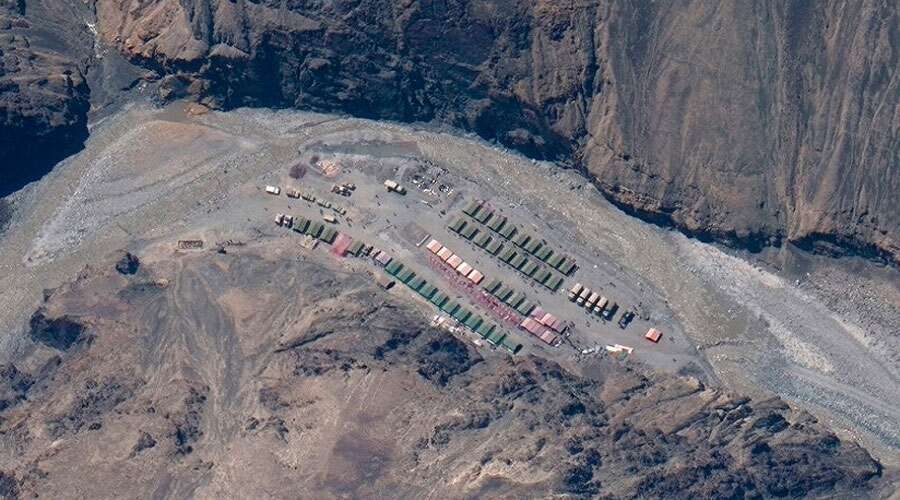 The testy alternate on Friday mirrored the tensions attributable to the dragging army standoff on the LAC that started in May 2020.
File photo
Our Bureau And Agencies   |   New Delhi   |   Published 24.09.21, 10:54 PM

India on Friday blamed China’s “provocative behaviour” and unilateral makes an attempt to change establishment on the Line of Actual Control (LAC) for disruption of bilateral ties and rejected Beijing’s competition that the Indian aspect was chargeable for the lethal Galwan Valley conflict final year.

The remarks by exterior affairs ministry spokesperson Arindam Bagchi had been a response to the Chinese overseas ministry’s assertion earlier within the day that the Galwan Valley incident was the results of Indian forces illegally trespassing on the LAC to “encroach on Chinese territory”.

The brutal conflict in Galwan Valley on June 15 final year, which noticed troops from each side combating one another for a number of hours with rods, golf equipment lined with barbed wire and rocks, resulted within the first fatalities on the LAC in 45 years. The Indian aspect misplaced 20 troopers whereas China has acknowledged 4 deaths.

The testy alternate on Friday mirrored the tensions attributable to the dragging army standoff on the LAC that started in May 2020. The two sides withdrew frontline troops from the north and south banks of Pangong Lake in February and from Gogra in August. India has insisted bilateral ties will be normalised solely when disengagement and de-escalation is accomplished at different friction factors on the LAC reminiscent of Hot Springs and Depsang.

Responding to a query on the reorganisation of the Indian army into theatre instructions and its impression on the Sino-India border on the Chinese overseas ministry’s common information briefing, spokesperson Zhao Lijian stated: “The Galwan Valley incident last year was caused by the Indian side’s illegal trespass of the LAC to encroach on Chinese territory, in violation of previously signed treaties and agreements.”

Zhao added, “We hope that the Indian side will strictly abide by relevant treaties and agreements signed by the two countries and take concrete actions to safeguard peace and stability in the China-India border areas.”

The collection of treaties and agreements signed by the 2 sides over time on sustaining peace and tranquillity alongside the LAC had “played an important role in upholding stability along the China-India border”, he stated.

The exterior affairs ministry spokesperson dismissed Zhao’s remarks that the Galwan Valley incident occurred as a result of India violated all treaties and agreements and encroached on Chinese territory.

Bagchi stated: “We reject such statements. Our position with regard to developments last year along the LAC in eastern Ladakh has been clear and consistent. It was the provocative behaviour and unilateral attempts of the Chinese side to alter status quo in contravention of all our bilateral agreements that resulted in serious disturbance of peace and tranquillity.”

He added, “This has also impacted the bilateral relations. As emphasized by [external affairs minister S Jaishankar] in his meeting with Chinese [foreign minister Wang Yi] earlier this month, it is our expectation that the Chinese side will work towards early resolution of the remaining issues along the LAC in eastern Ladakh while fully abiding by bilateral agreements and protocols.”

Following a gathering between Jaishankar and Wang on the margins of the Shanghai Cooperation Organisation (SCO) Summit in Dushanbe on September 17, the Indian aspect had stated each ministers had agreed on additional conferences of army and diplomatic officers to speedily resolve the remaining points associated to the standoff.

Several rounds of diplomatic and army talks have failed to finish the tensions, the worst in a long time. India has constantly rejected China’s accusations that Indian troops crossed the LAC in japanese Ladakh, and asserted that New Delhi has all the time taken a accountable method to frame administration and sustaining peace and tranquillity.

Meanwhile, Chinese ambassador Sun Weidong stated in a digital deal with to a observe II dialogue occasion on Friday that “peace and tranquillity in the border areas is important, but it is not the whole story of the bilateral relations”. His remarks mirrored the Chinese place that the standoff be delinked from ties in different areas reminiscent of commerce.

Addressing the occasion co-hosted by the School of International Studies of Sichuan University (SCU), China Center for South Asian Studies and the Institute for Defence Studies and Analyses, Sun stated the difficulties witnessed in bilateral ties since 2020 had been “unseen for many years”.

The two international locations ought to search a “fair, reasonable and mutually acceptable solution” to the LAC standoff via dialogue, he stated. “We hope that the Indian side will meet us halfway to move the situation towards stability and shift it from urgent dispute settlement to regular management and control, so as to jointly safeguard the peace and tranquillity of the border area,” he added.

Sun contended it is crucial for India and China to cooperate to counter turbulence and alter on the worldwide stage, the Covid-19 pandemic, sluggish financial restoration and the sudden adjustments in Afghanistan.

“The current status of bilateral relations [is] obviously not in the fundamental interest of either side. Many far-sighted people from both countries have advocated that China and India should improve their relations, and bring…relations back on track,” he stated.

In an obvious jibe at groupings such because the Quad and AUKUS, Sun stated some international locations with a Cold War mentality had been in search of “closed and exclusive ‘small cliques’ with the aim of containing a third party, stoking bloc confrontation and geopolitical games”.