‘Government committed to modernising agriculture, taking steps in this regard’ 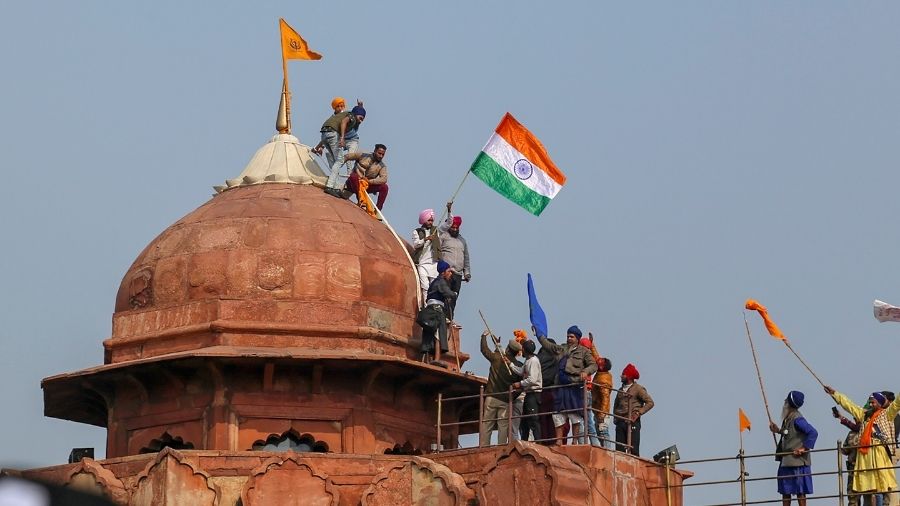 India was pained to see the dishonour to the Tricolour on Republic Day, Prime Minister Narendra Modi said on Sunday, referring to the religious flag incident at the Red Fort during the farmers’ tractor parade.

Addressing the first ‘Mann Ki Baat’ radio programme of the year, Modi also said the government is committed to modernising agriculture and is taking many steps in this regard.

“In Delhi, on January 26, the country was very pained seeing the dishonour to the Tricolour,” he said.

Thousands of protesting farmers had breached the monument on January 26 after deviating from their tractor rally route triggering a conflict with the police. They planted a religious flag atop the Red Fort, an incident which has sparked national outrage.

In his broadcast, the prime minister also said that India has not only rolled out the world’s largest vaccination drive but is also vaccinating its citizens at the fastest rate.

“The country has vaccinated over 30 lakh corona warriors in 15 days”, he said, adding the US and the UK took 18 and 36 days to reach this figure.

He said the government is committed to modernising agriculture and is taking many steps in this regard. Modi added that the government’s efforts in this direction will continue.

The prime minister’s remarks come amid ongoing protests by thousands of farmers, mostly from Haryana, Punjab and Uttar Pradesh, at several border points into Delhi since November-end, demanding a repeal of the three new agri laws and a legal guarantee to the minimum support system for their crops.

The prime minister also hailed the Indian cricket team’s performance in its historic series win in Australia, saying the team's hard work and teamwork was inspirational.

Modi also touched upon the Padma awards announced last week, and said the country has continued the recent tradition of honouring unsung heroes.